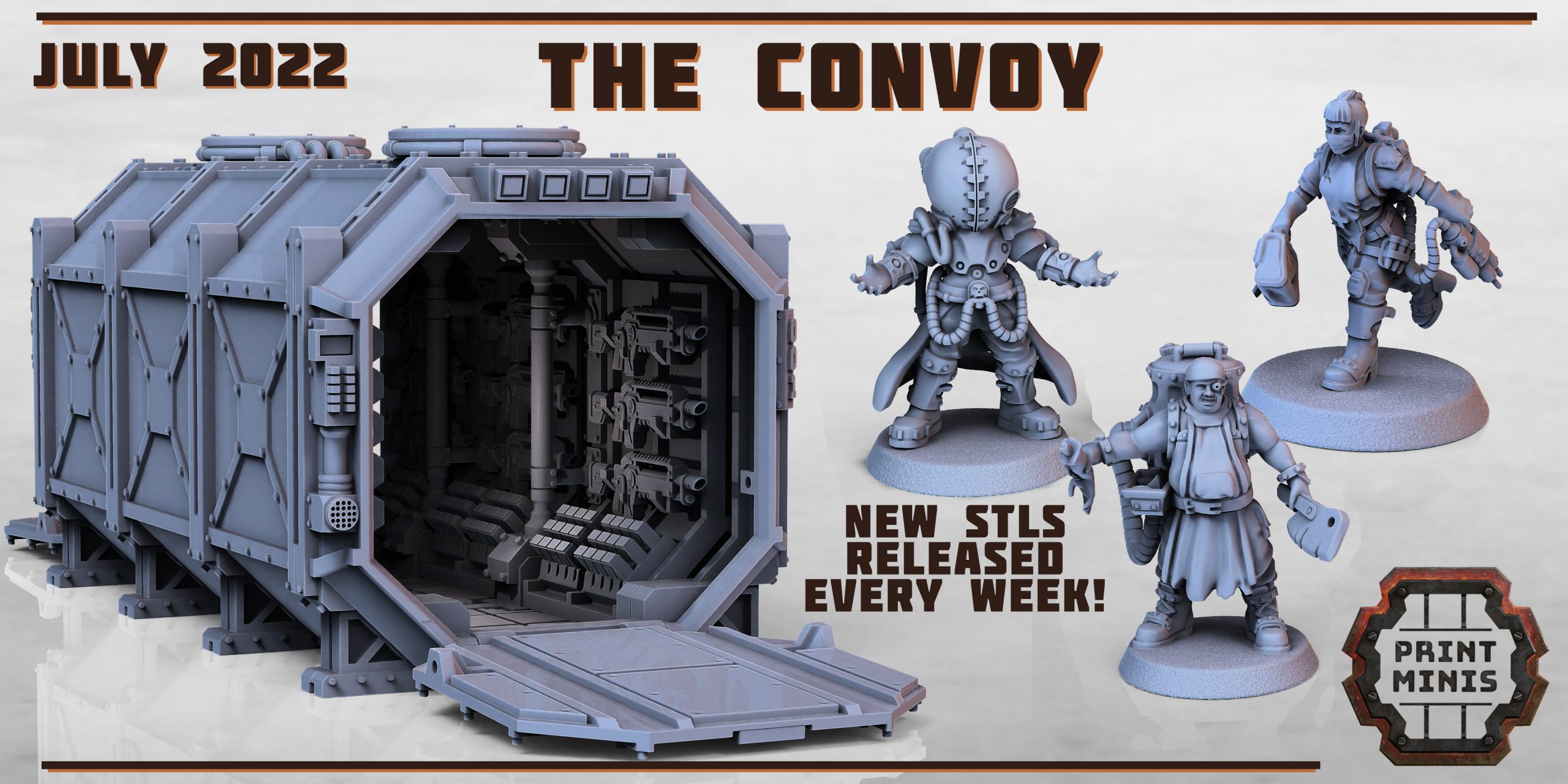 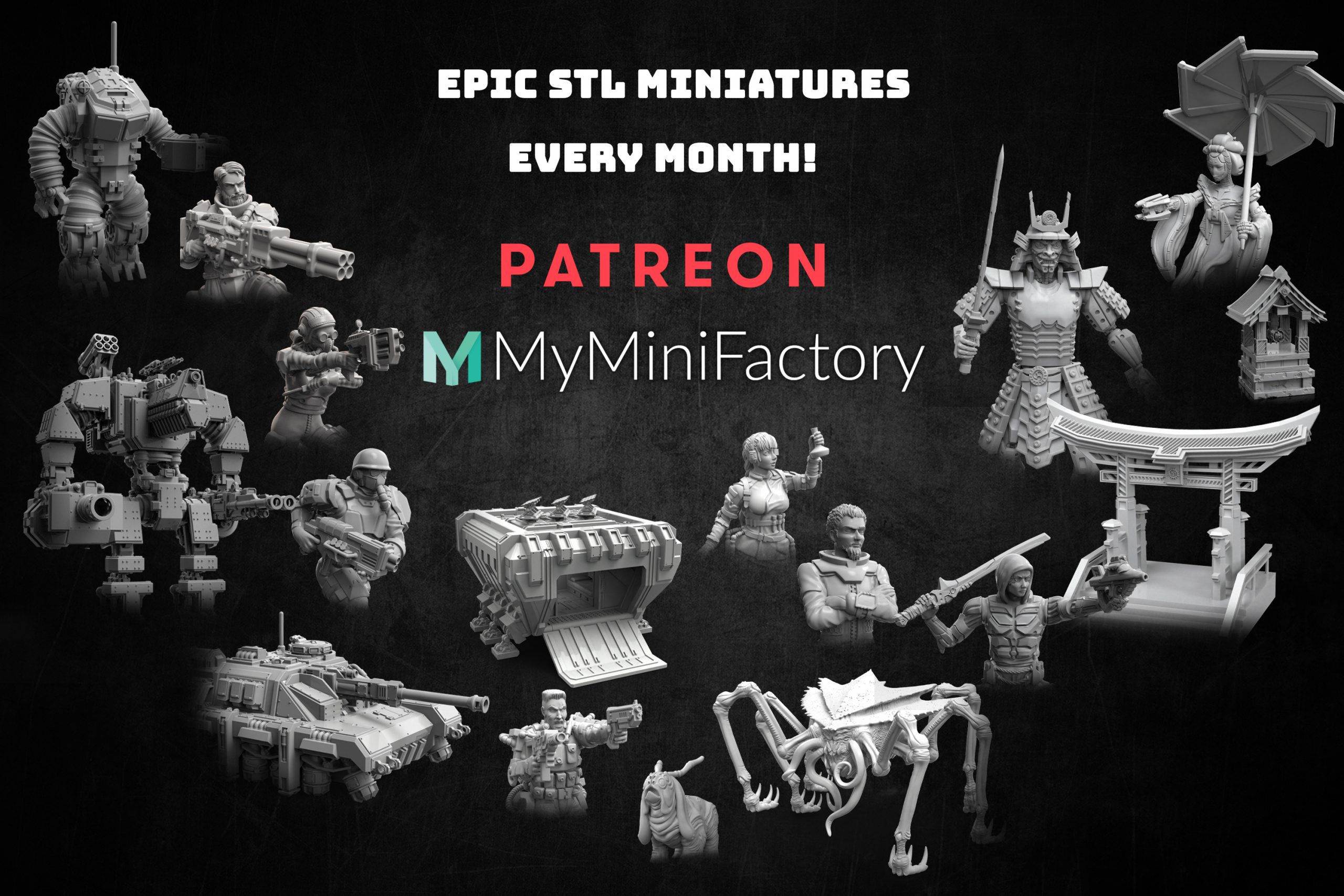 You can now buy our printed miniatures on only games!

What is Print Minis?

We’re Andy & Gem, and we create grim dieselpunk STL miniatures every month on Patreon and MMF Tribes 🙂 The files are for resin 3D printers and are pre-supported.

Our collections exist in the world of Mortuus Secunda. A brutal planet of extremes, from the smog chocked warrens of the industrial Hab Stacks heaving with manufacturing and trade, to the sprawling and desolate Brinklands, where bandits roam outside the city limits and unknown creatures lurk beneath the sands.

Each monthly collection is themed, but also linked to the last with interchangeable parts and ever expanding factions. We release new STLs four times across the month on Miniature Mondays! Our scale is 28mm/32mm heroic.

Thank you so much for your support 🙂

On our Tribes channel we also have a tier for merchants, giving people a license to sell the printed versions of our 3D miniatures. This is a great option if you'd like to start earning money from your hobby! It also means if you don't have a 3D printer, you can buy copies of our physical miniatures from these independent sellers.

We have a list of the merchants that have provided their store details to us here: 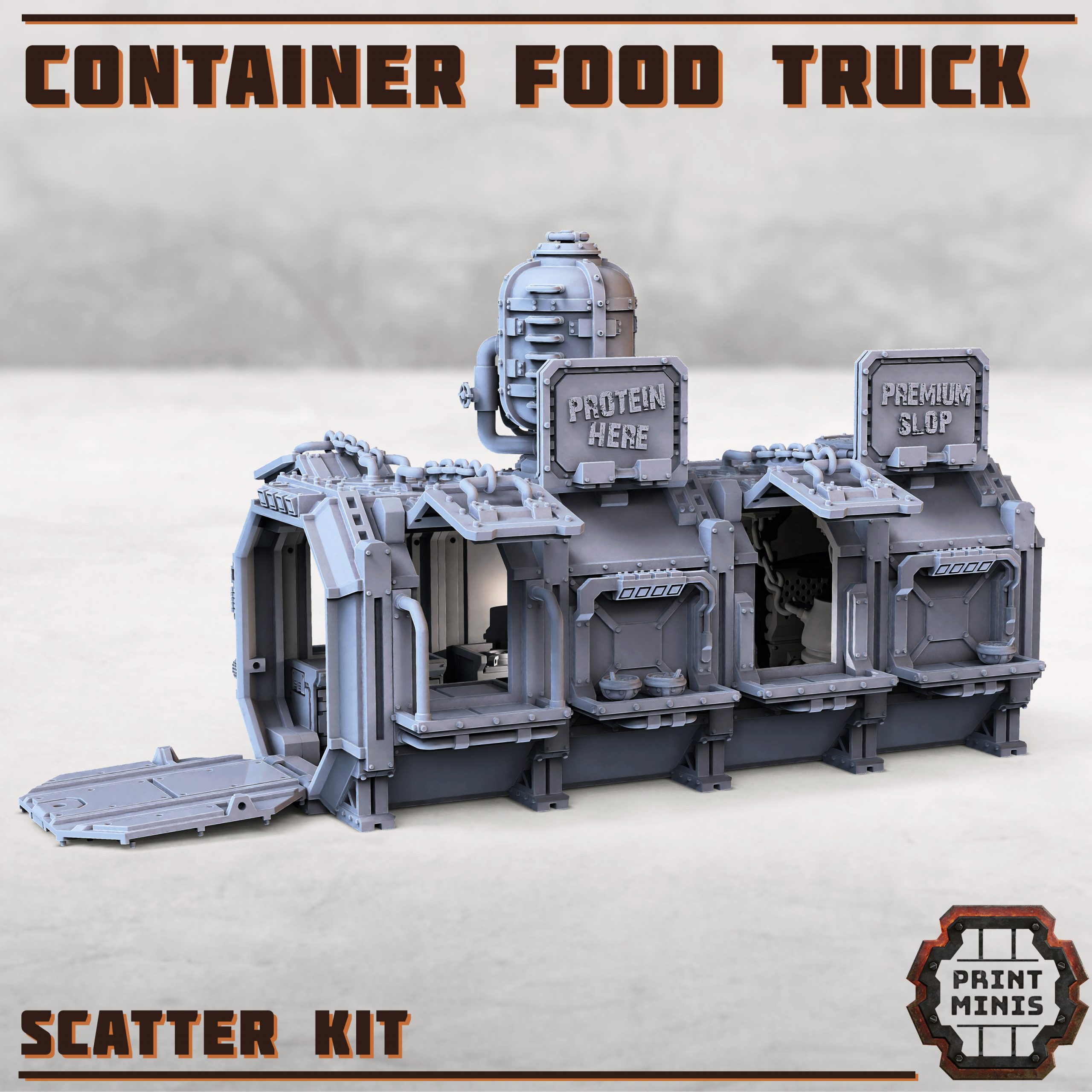 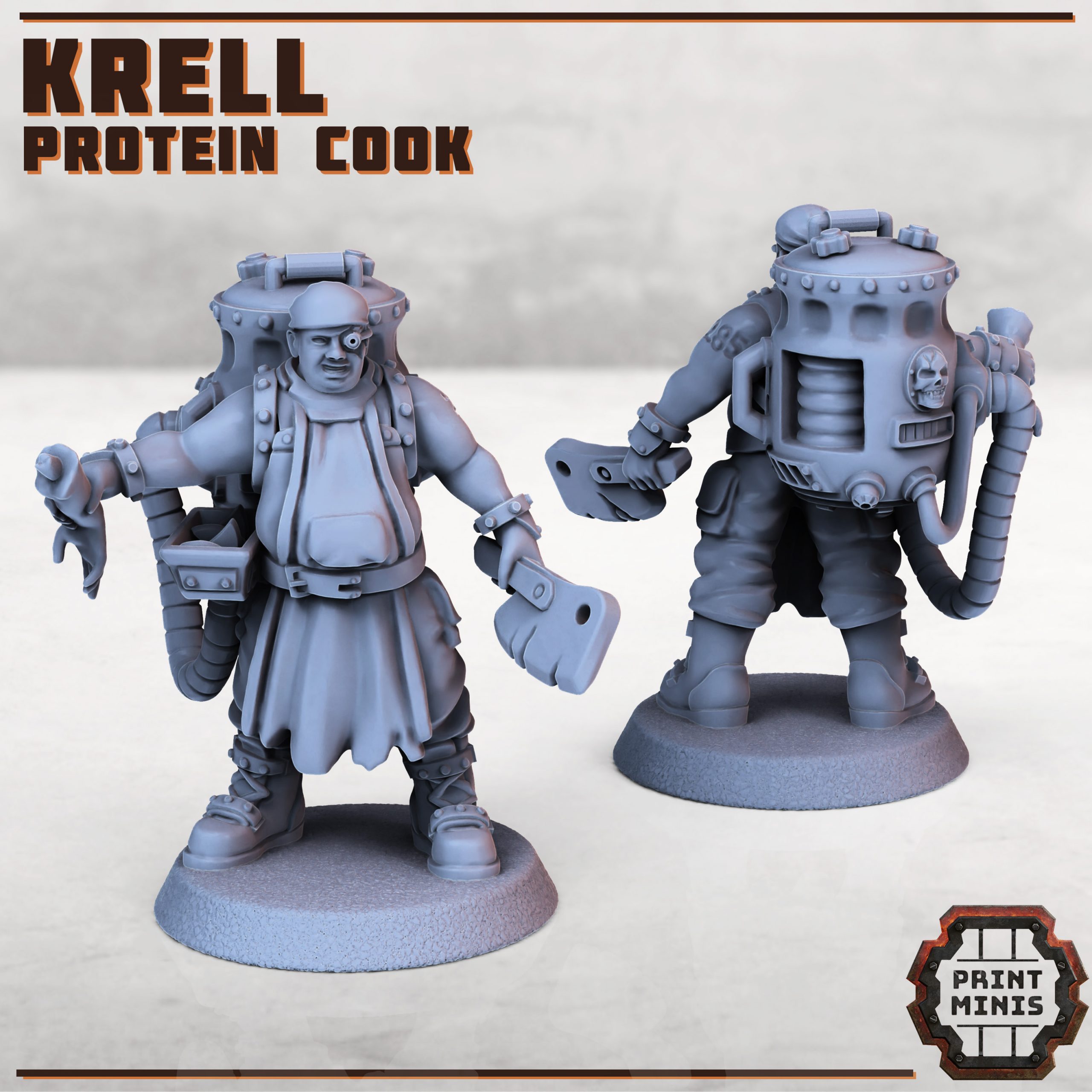 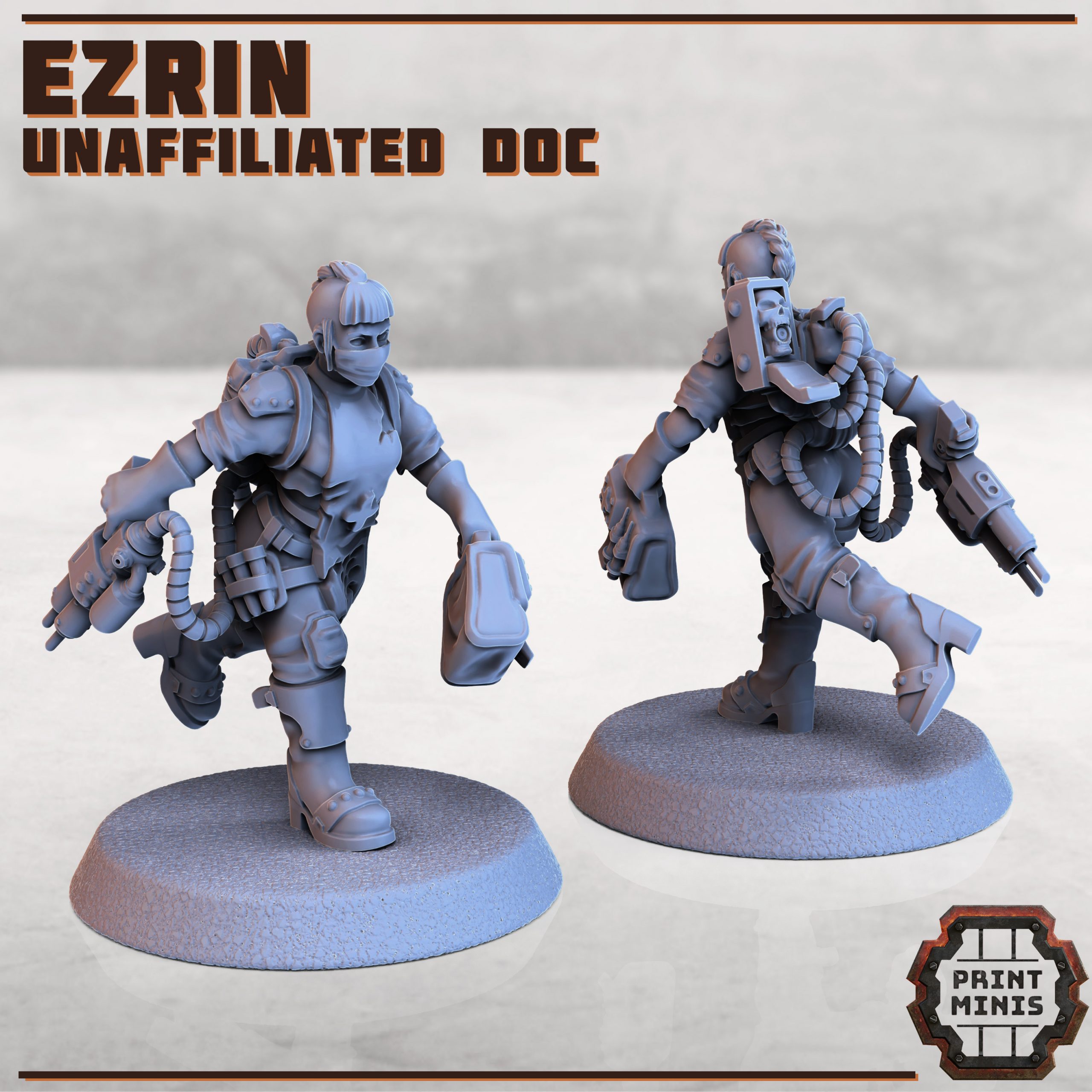 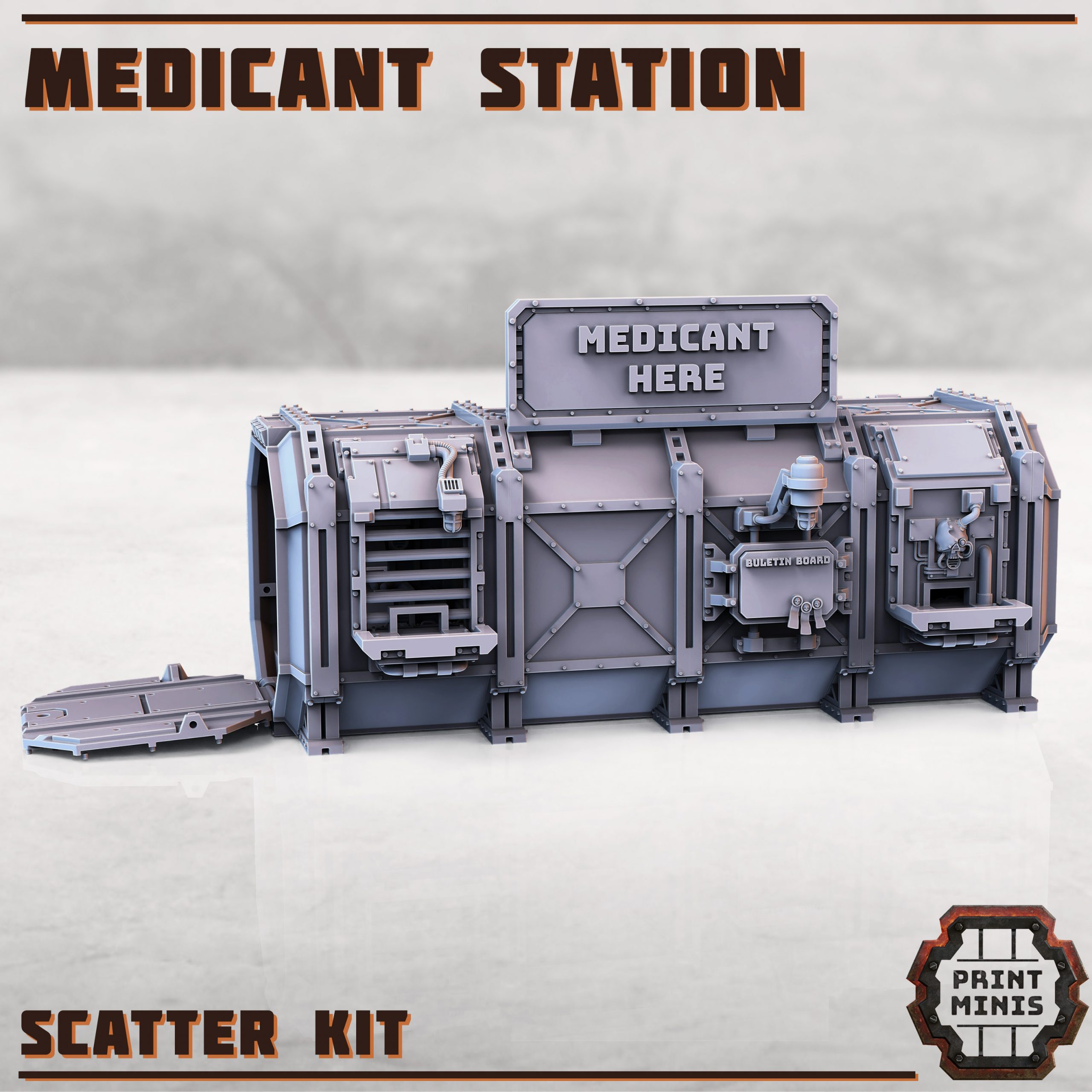 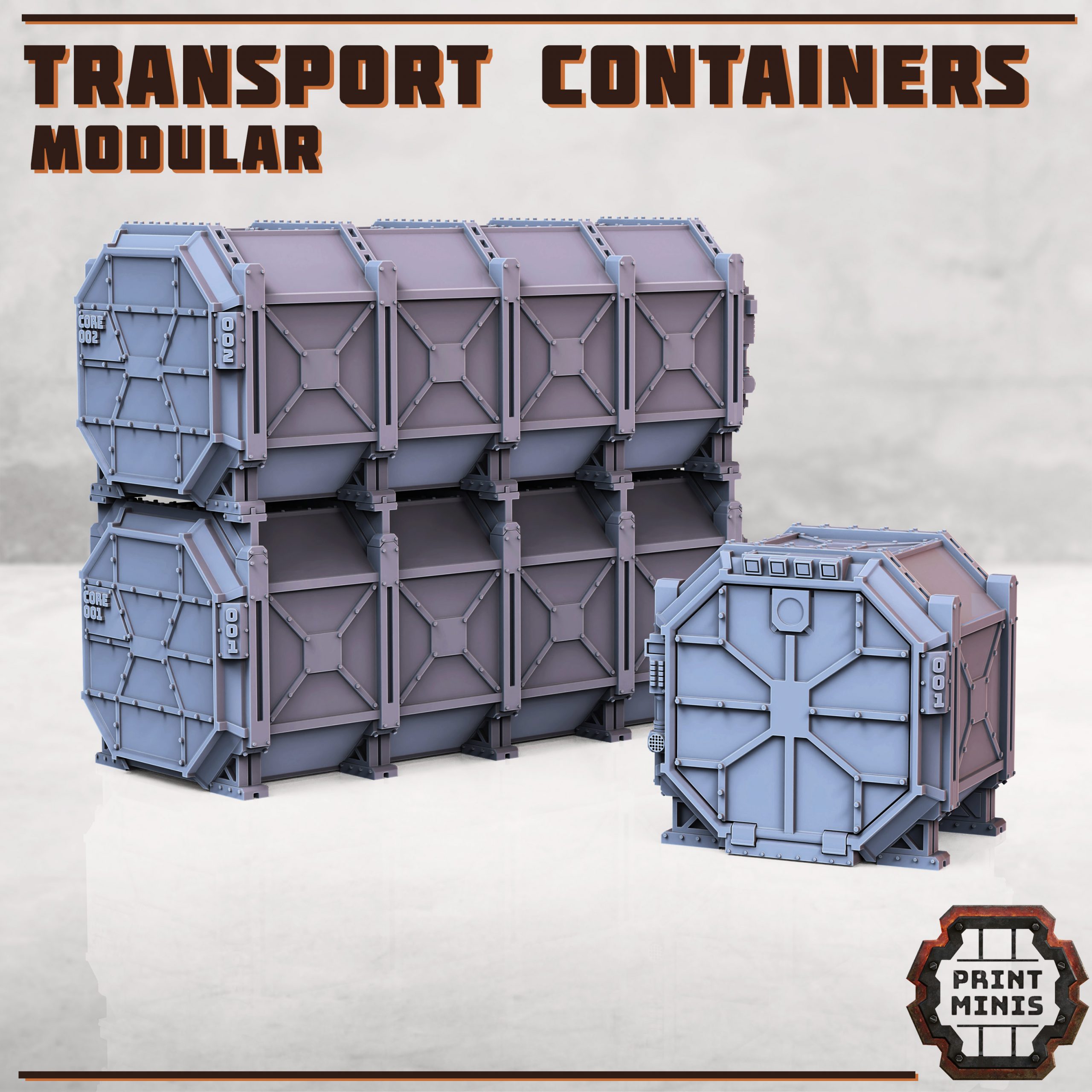 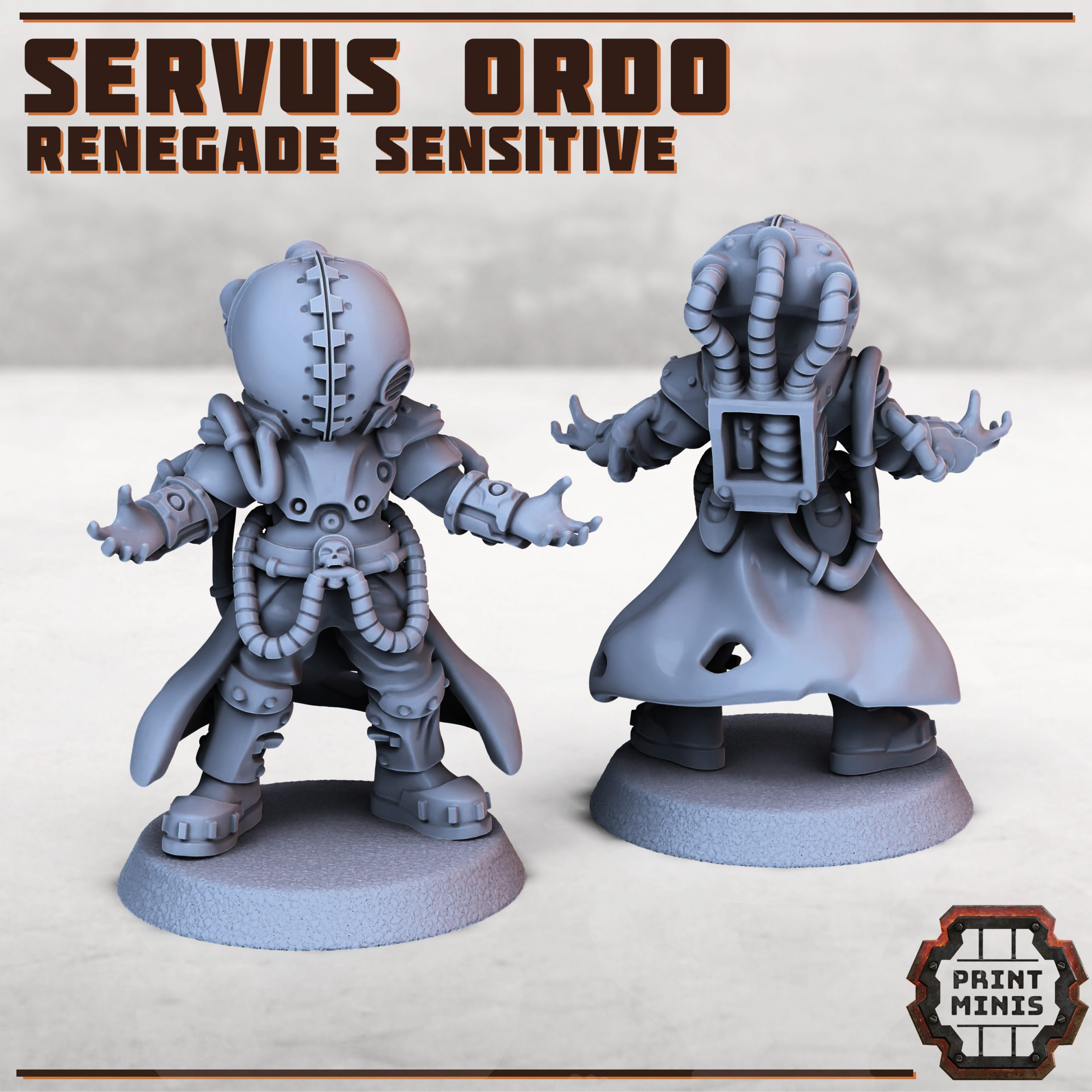 July's Collection is The Convoy.
'The Convoy' is a movement of trading merchants and professionals from one sprawling Hab Stack city to another, across the dangerous wastes known as the Brinklands.
The heavy hauler vehicles tow containers filled with goods, and are therefore always accompanied by Kaledon Fortis troops for protection. Container shops are picked up and dropped off along the route, and cargo is loaded and sold as The Convoy makes it continuous cycle between cities.
If you subscribe to Print Minis on Patreon or MMF Tribes during July, you will get the full collection of miniatures outlines below, which are released weekly on our Miniature Mondays!
Collection Plan:
Characters x3: Ezrin, Krell and Servus Orva - RELEASED
Troops x 6: Kaledon Fortis regiment, sent to guard the convoy
Shipping Containers: modular, can transport cargo or be used as a pop-up shop - RELEASED
Shops: scatter contents for Med Bay (RELEASED), Street Food (RELEASED)
Heavy Hauler: transport vehicle for the containers - create a convoy!
8x 25mm Brinkland Desert bases (RELEASED)
Join our Discord server: https://discord.gg/RDfH2nnz49
Sign up on Patreon

As a Print Minis subscriber, you also get access to a Welcome Pack!

This month, our Welcome Pack is a flashback to the February release 'The Night Market' which features terrain and characters for a cyberpunk black market! The collection takes place in the cyberpunk city of Zadorn.

For five months, we created miniatures to fill this cyberpunk city, before changing themes this month (July 2022) to the grim dieselpunk world of Mortuus Secunda. Our current release is for a travelling market convoy, and so we thought The Night Market Collection makes a great Welcome Pack 🙂

check us out on instagram for pics of printed minis!

We thoroughly support & print test all models for your peace of mind.

value
Subscribe to our Tribe to get massive STL releases for just $12.50 & 50% off our store!
community
We ask for feedback every month and we listen - you shape the collections.
collectable
Our monthly models add to previous releases, so you can collect the sets
creators
Directly support our small, passionate team so we can create epic miniatures.