What's in the Pioneer Collection?

Our Pioneer set of miniatures are designed to be printed on an SLA resin printer. The collection contains 21 miniatures plus scenic bases, available both unsupported and pre-supported. They are now available to purchase on our My Mini Factory store. Check out what you get below:
Characters - 9

Six members of the Exoplanet Pioneer Team 'Everest', sent to assess Planet 579a - Aether, for habitability.

Everything necessary to set up a small pioneer colony on Aether:

Dropshop Lander x 1: a huge craft capable of transporting goods and people from the spaceship in orbit to the planet's surface. It is piloted by Emir and Charlotte.

Modular Habitation Units: a habitation pod with a fully playable interior. Print several and set them up around camp. Customise the interior with different units and swap out equipment on the roof too! The Dropshop can clip onto the Hab Unit to carry it to the surface of Aether.

A selection of the diverse flora and fauna found on Exoplanet Aether:

Pugmander x2: small, docile creatures around the size of a large dog. They are herbivorous and friendly, though not very intelligent.

Ornisaur x2: large reptile-like creatures. They can fly and are adapted for gliding, as well as run very fast along the ground. Not aggressive but will defend their nests. Omnivores.

Sporeloba x1: an large tree with giant fungus-like leaves that occurs across Aether in small groupings.

It's 2152 and 30 years ago humanity discovered how to fold space-time to travel great distances across our cosmos almost instantly. Space colonisation is now dominated by huge corporations that settle and mine new planets for profit. Recon drones are first sent to target exoplanets and do an initial scan of biodiversity, atmosphere and resources. Then the most profitable targets are picked for a Pioneer team to visit.

February's collection focuses on the pioneer team Everest, who work for the largest corporation on Earth - Mountain Stronghold Corp. At first, the mission seems like any other. The target planet, Planet 579a which has been named 'Aether' due to its ideal atmosphere, has moderate levels of biodiversity. The gravity is slightly higher than Earth so our Pioneers wear exoskeletons while living on the planet long term. The mission is for the resources on the planet to be further analysed by our scientist and geologist, and a working camp should be established.

However, something is definitely unusual about this mission. Along with the pioneers, a Special Forces Military Unit has been sent too. This is definitely not standard protocol. Aether has been classified as no sentient or dangerous life, but unbeknown to our pioneers, that's not entirely true. Stronghold Corp's initial scans of the planet detected the first case of sentient life to be discovered in space. Their true reason for the mission is to capture this incredible creature.

While team Everest is busy in camp, Captain Torres and his unit will find out exactly how deadly the Neuromantis can be! It has the ability to use soundwaves to disorientate it's prey and confuse their minds, leaving the soldiers with a difficult fight on their hands. Can they even subdue this terrifying alien, or will Stronghold's devious plan only end up unleashing the Neuromantis on our unsuspecting pioneers?

Team Everest are experience exoplanet pioneers, working for the largest space corporation on Earth - Mountain Stronghold Corp. 'Early Pioneers' are the teams first sent to start researching the planet and to set up a working camp for the second wave. Our pilots mostly live on the spaceship in orbit, flying the Dropship back and forth to transport resources. The pioneers live on the world in Habitation Units cataloguing the planet's resources and establishing locations where larger colony camps can be built. Our pioneer team have worked together for a long time and are like family to each other. 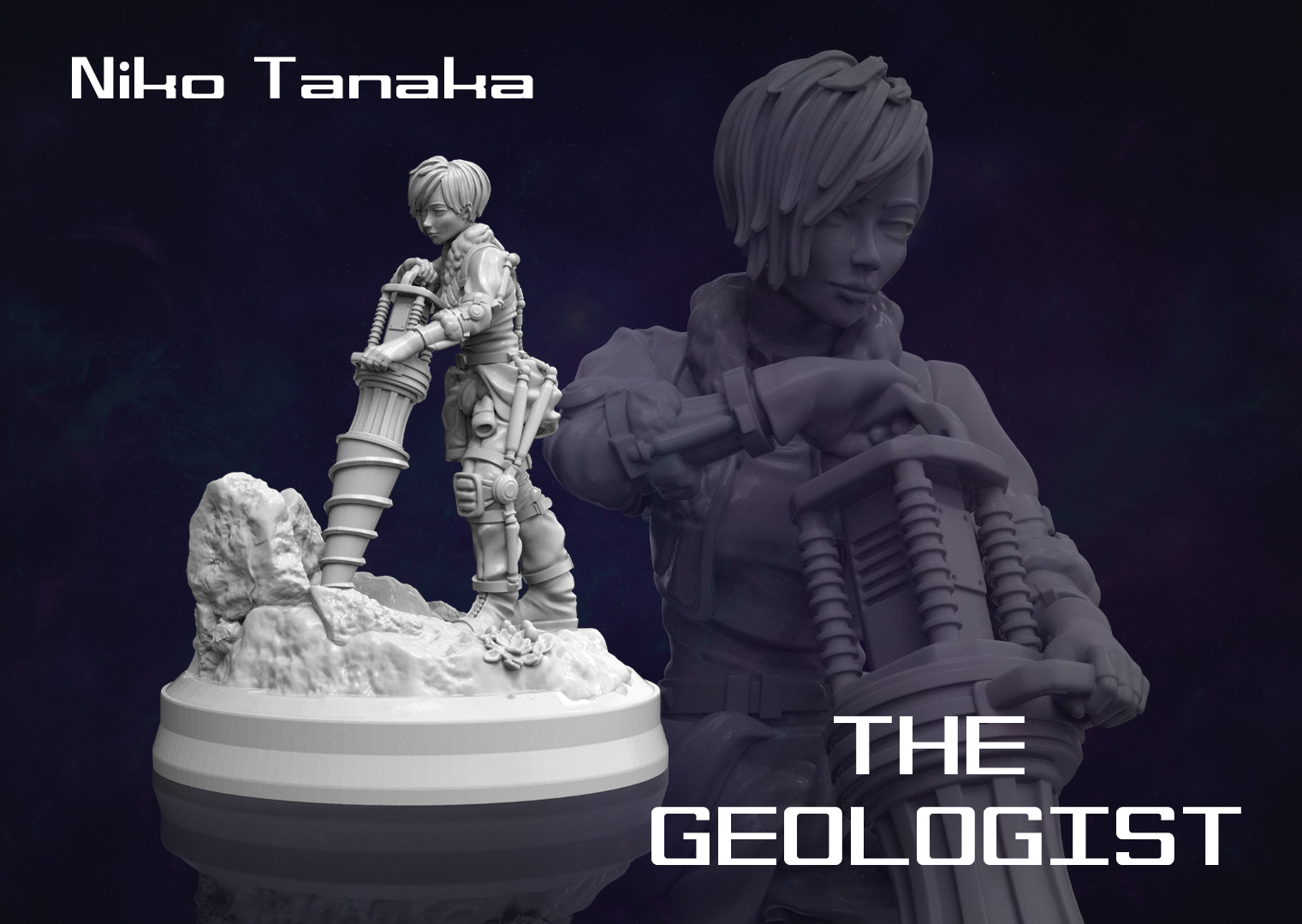 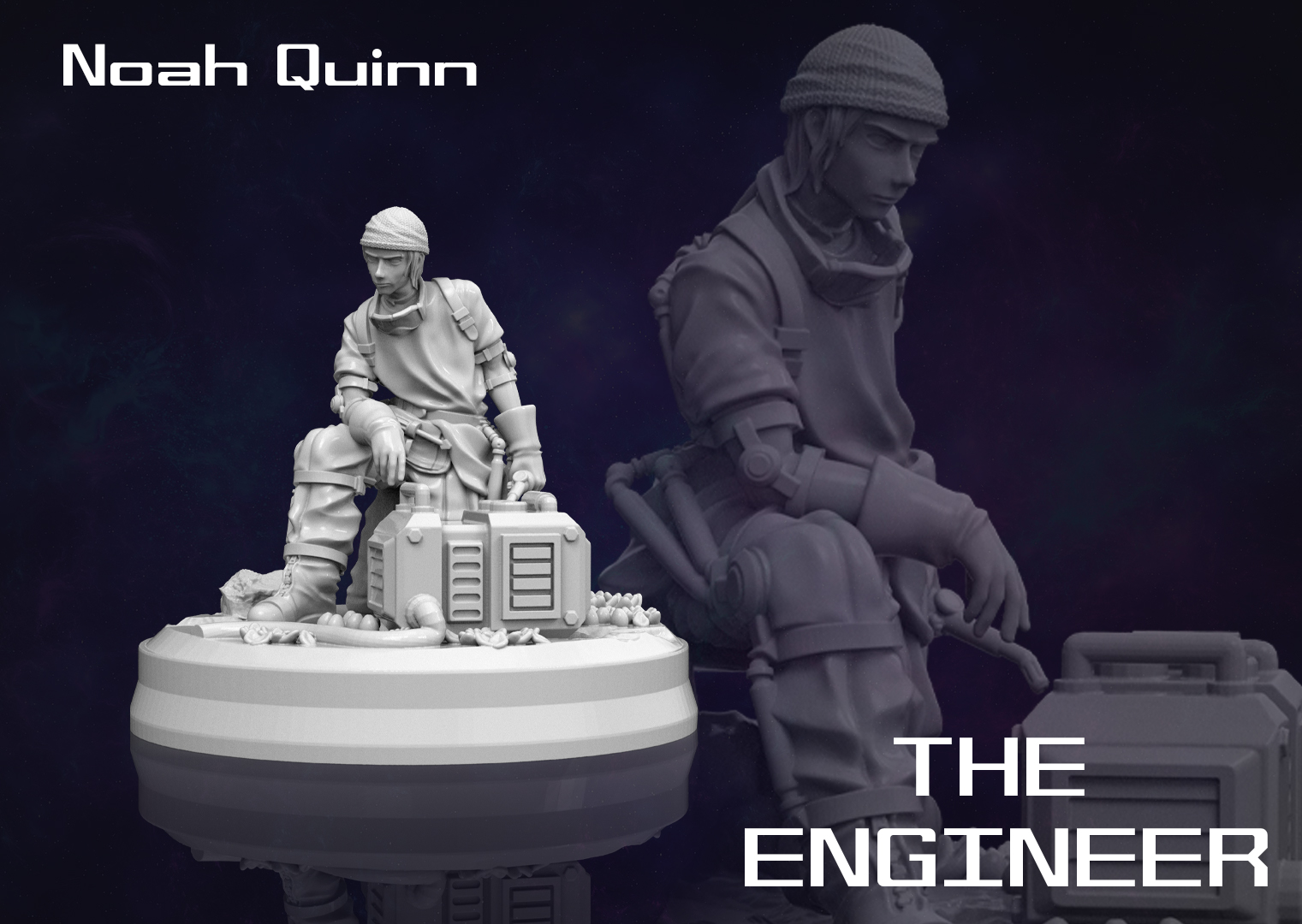 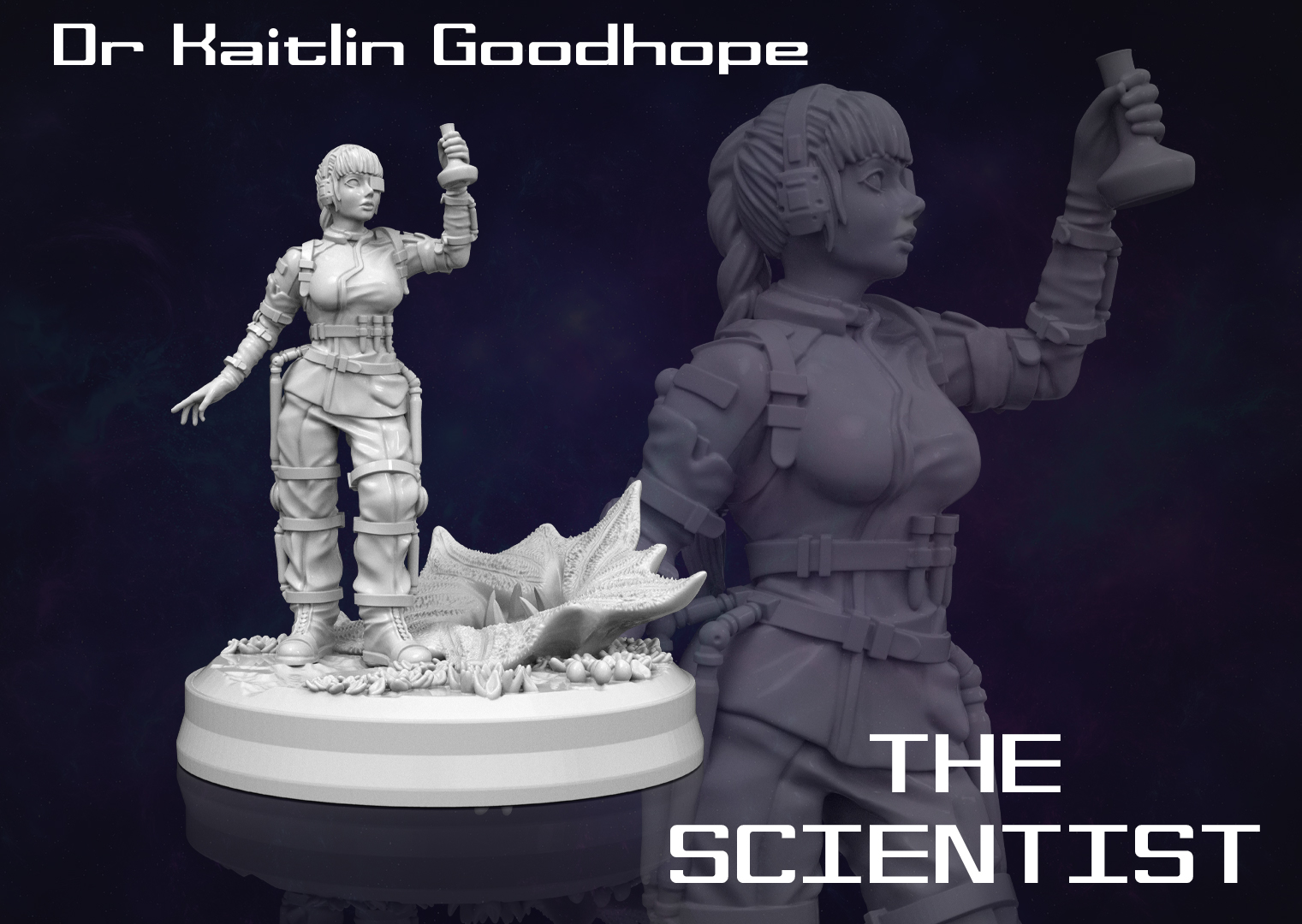 The military branch of Mountain Stronghold doesn't get talked about a lot, and when anyone asks, the military provide protection for pioneer teams heading to risky planets. However, with a dearth of habitable planets at humanities fingertips, dangerous planets are not colonised, so does the military really do? On Aether, they are there for Operation Dark Horse: capture the sentient lifeform and keep it's presence a secret. Once secured, the Everest pioneer team will be extracted and a covert research team will be sent to the camp they set up. Captain Torres and his team are the best exoplanet soldiers in the business, but will this dangerous mission prove to be too much for them? 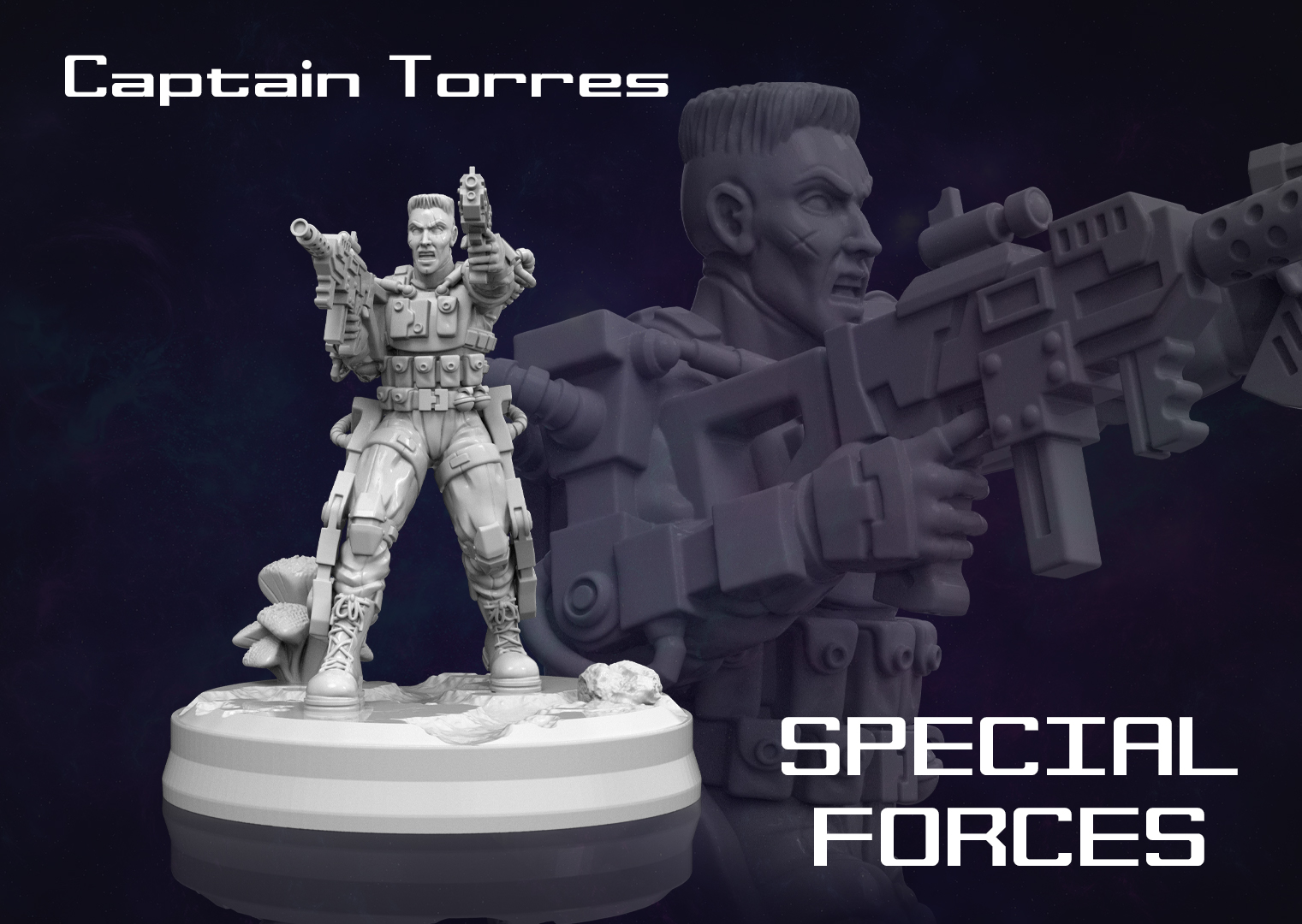 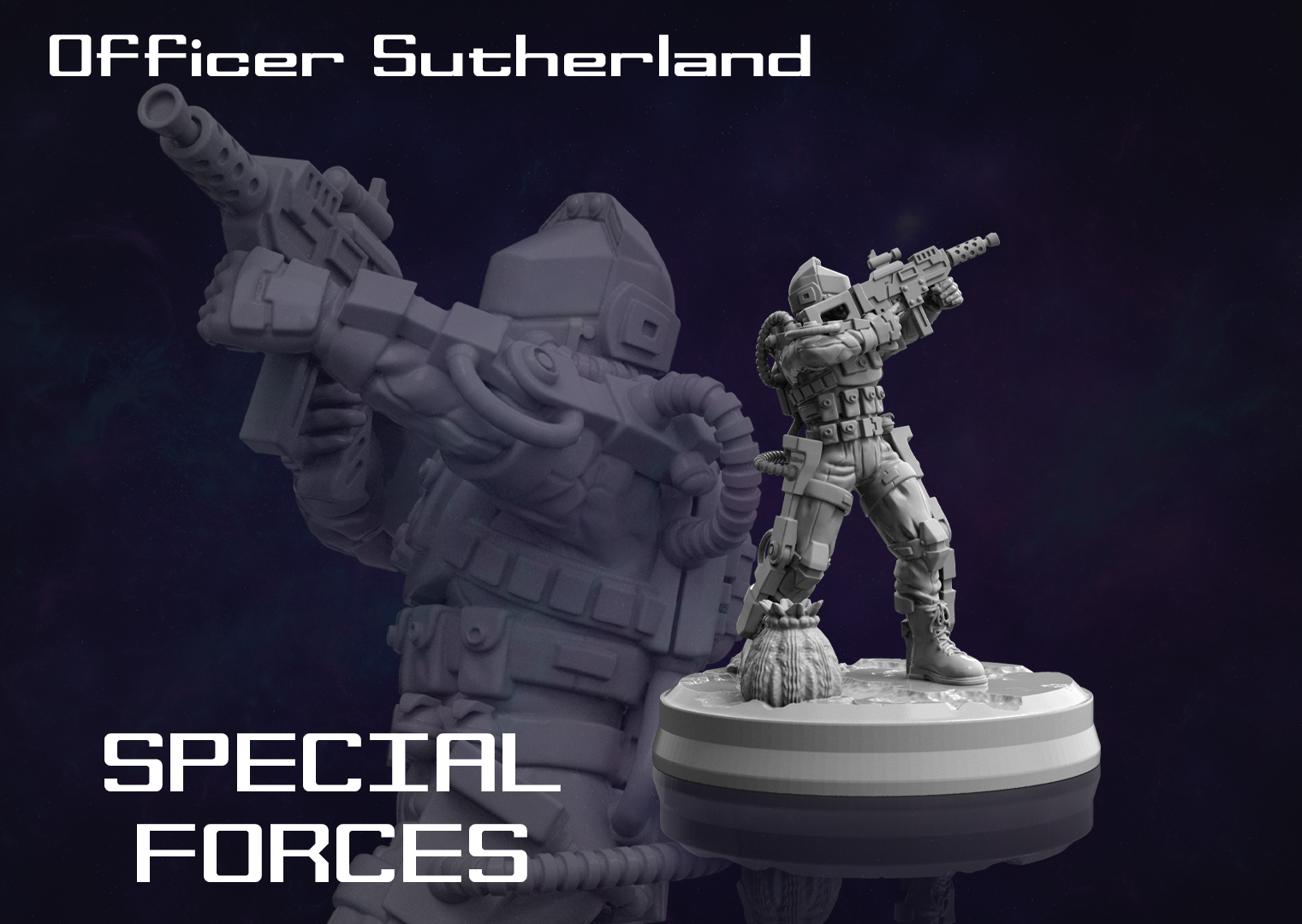 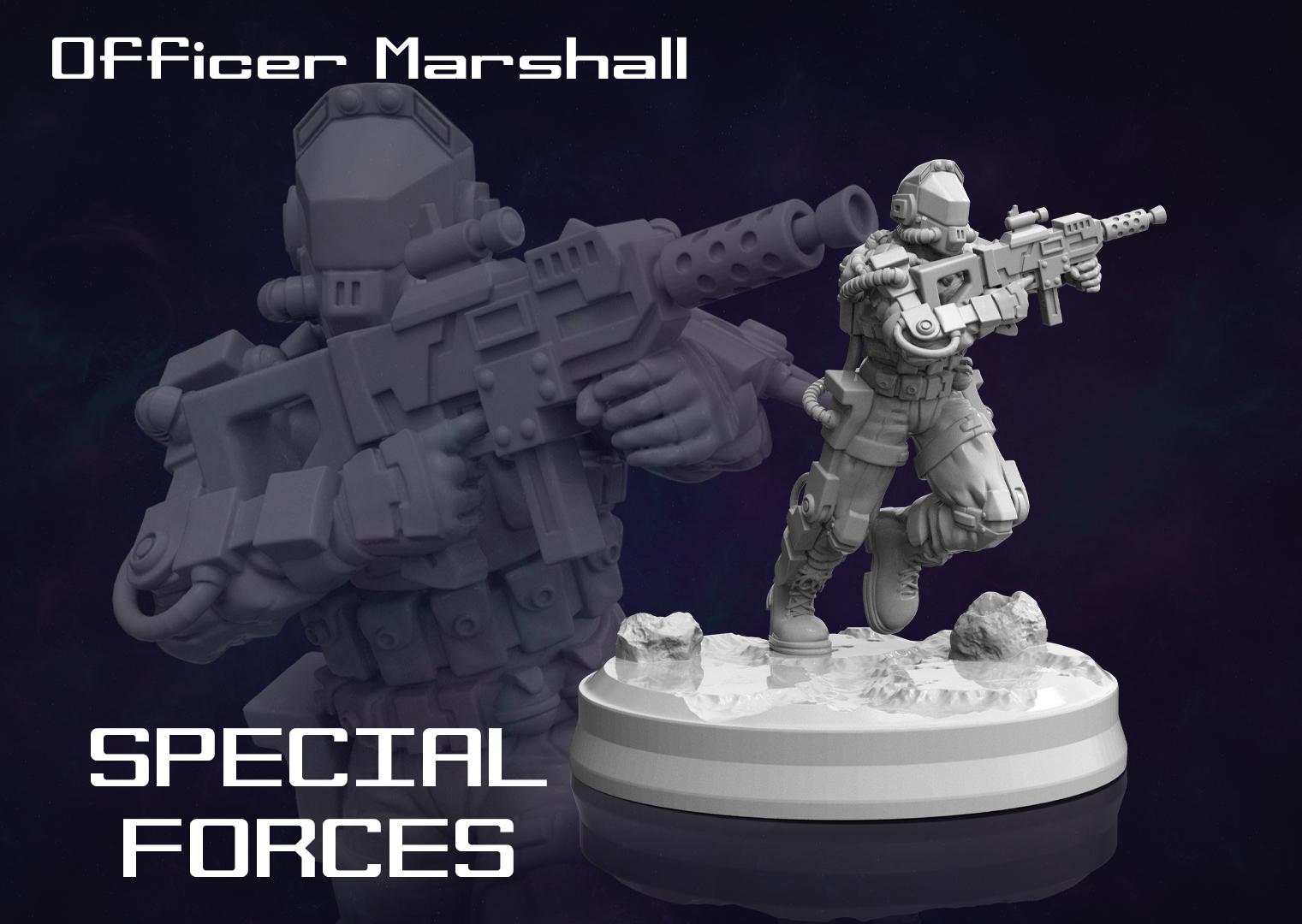 alien life on aether - exoplanet 579a 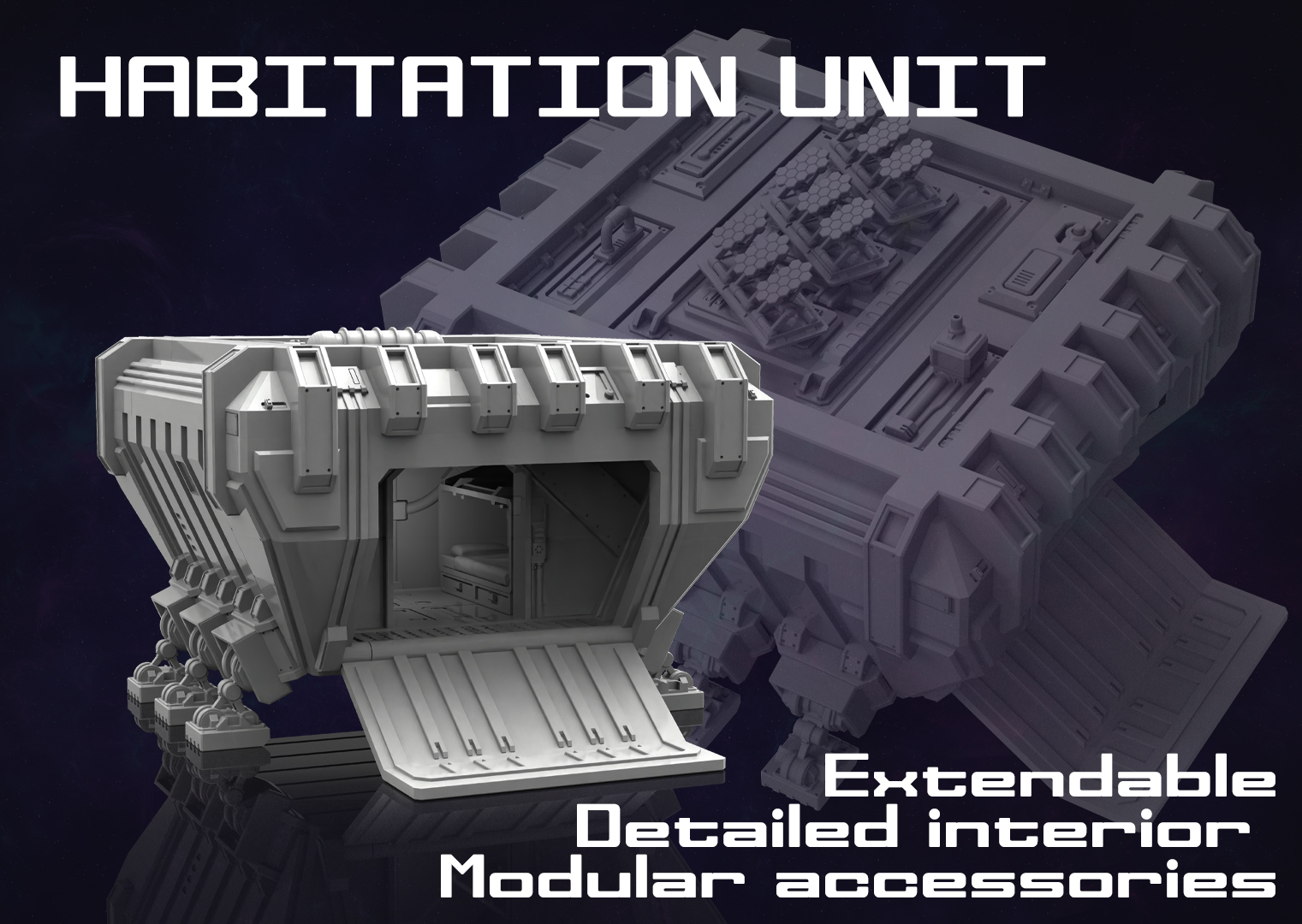 Buy these pre-supported stls on My Mini Factory 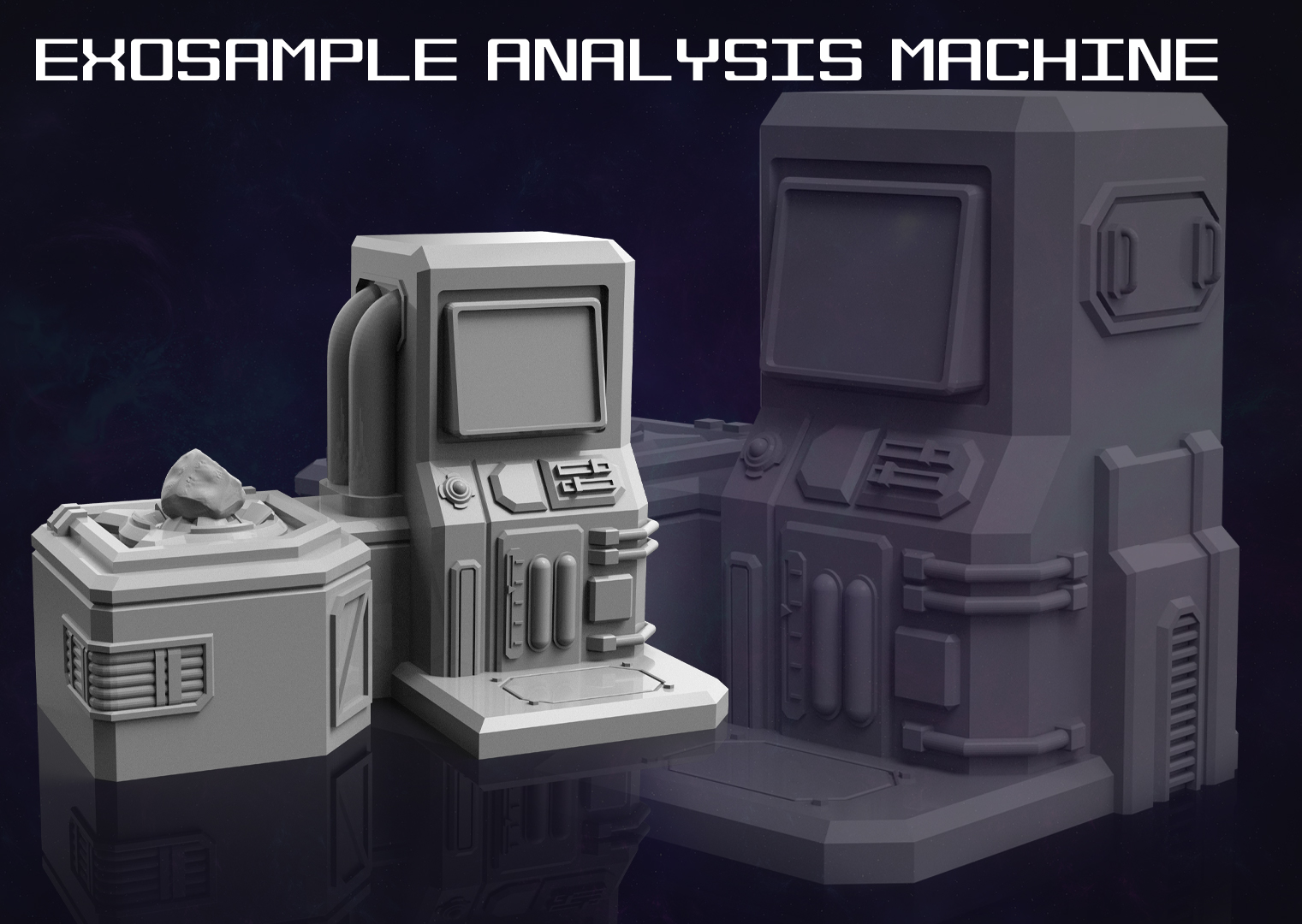 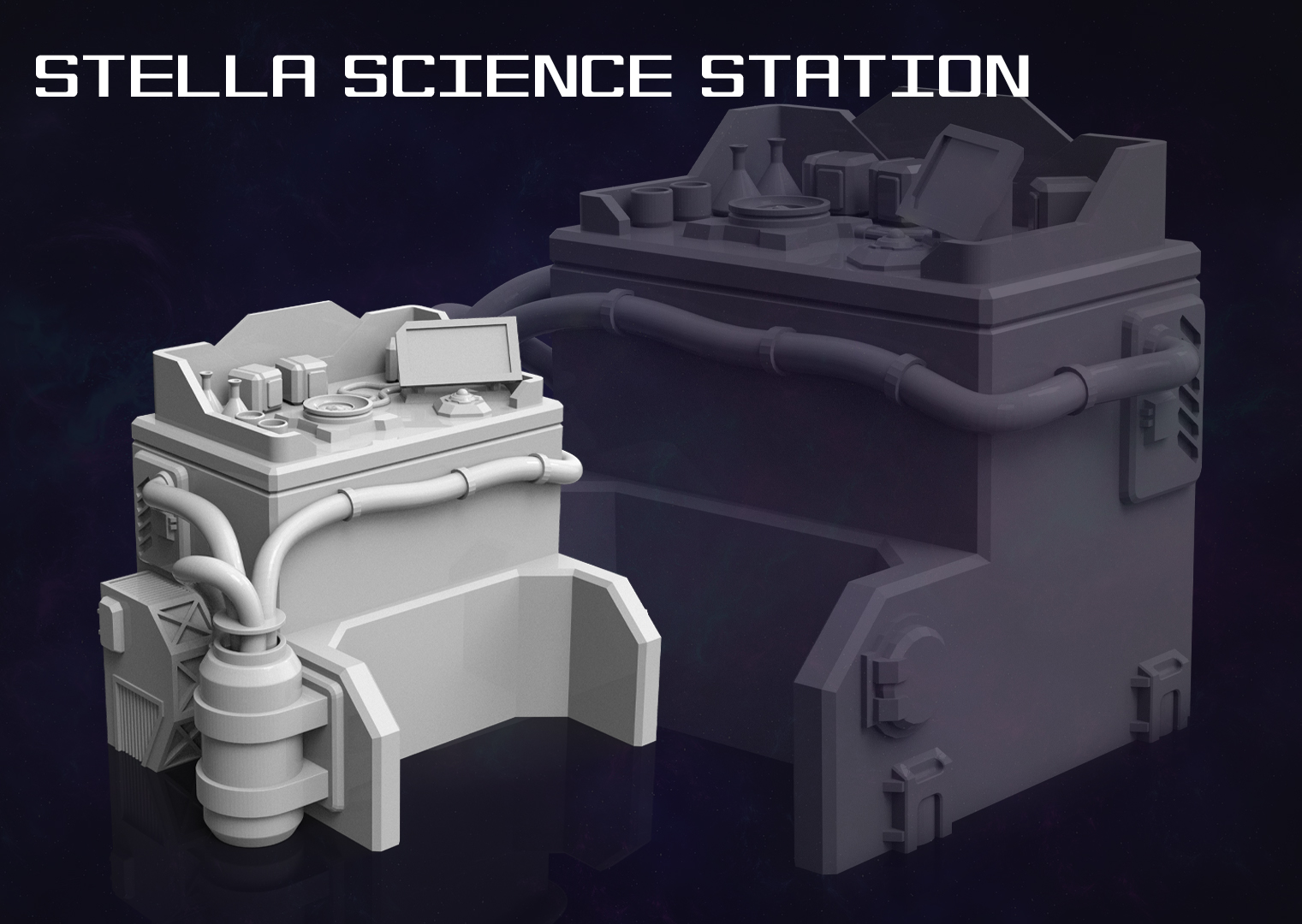 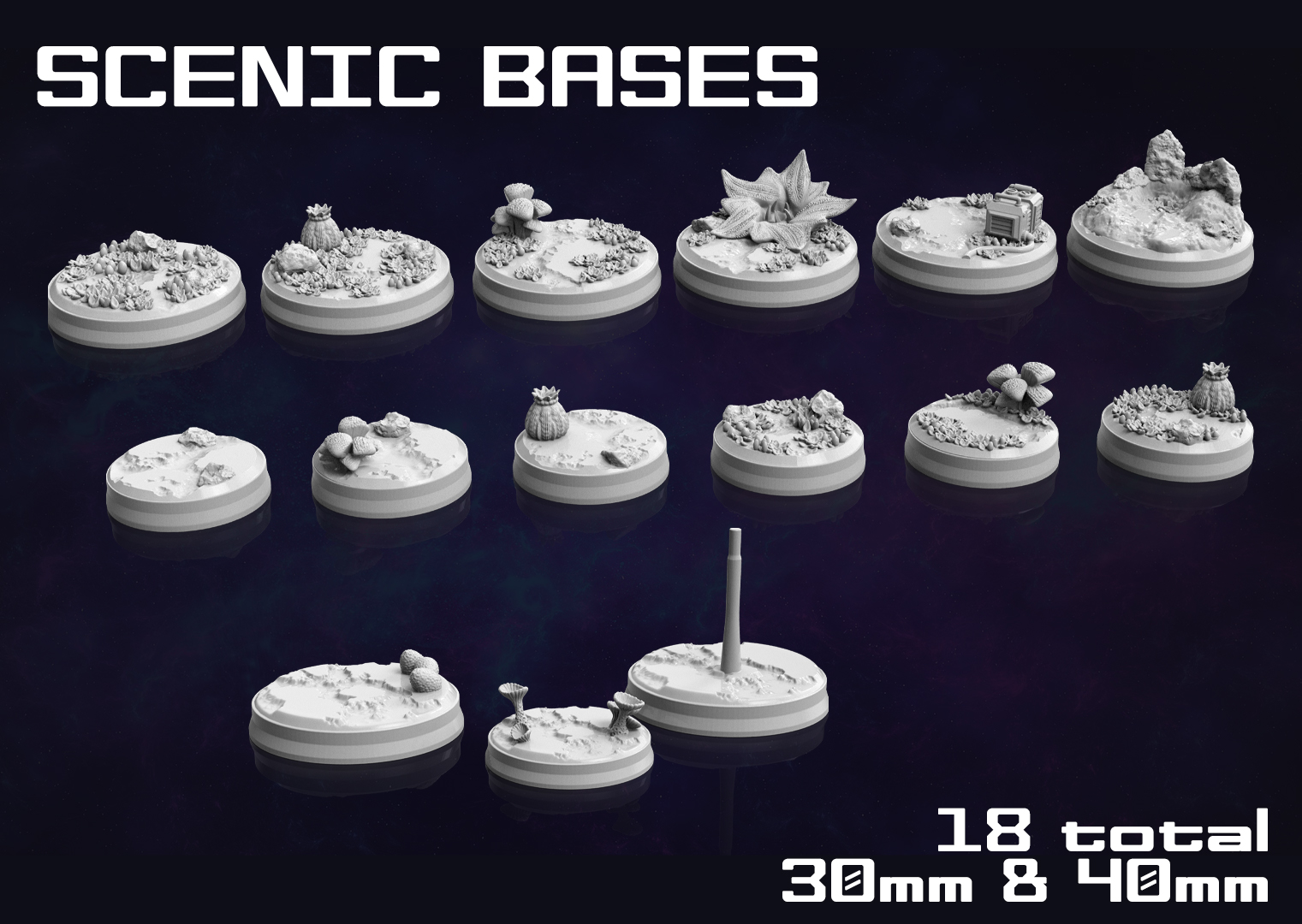