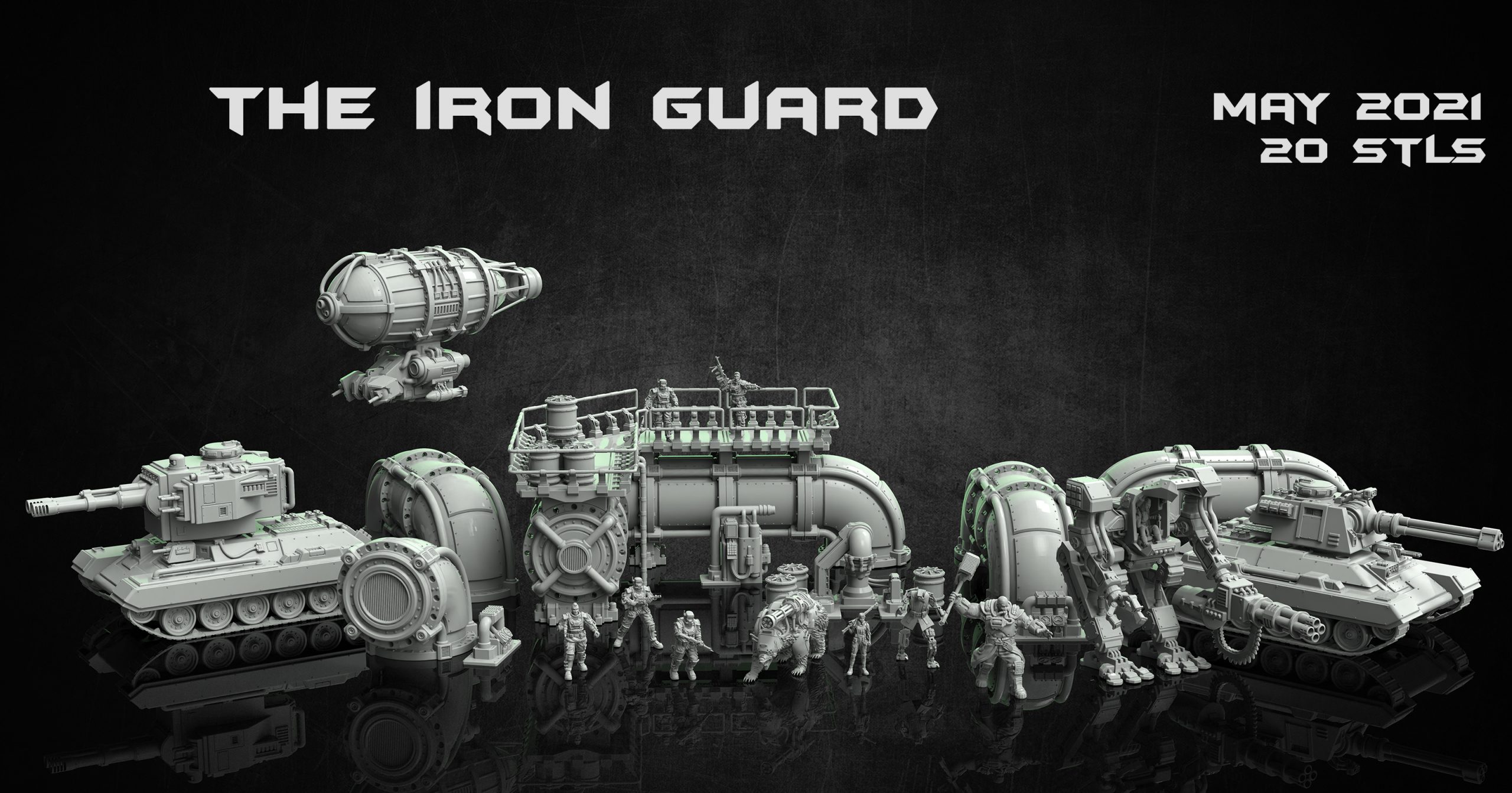 What's in the Iron Guard Collection?

Our Iron Guard collection of miniatures are designed to be printed on an SLA resin printer. The collection contains 20 miniatures plus 19 scenic bases, available both unsupported and pre-supported. They are now available to purchase on our My Mini Factory store. Check out what you get below:
Characters - 5

Ten unique characters that are part of the Kovlovan Army:

A set of modular troops that make at least 5 unique characters using a combinations of heads, legs and arms with different weapons & in different poses!

The huge modular Arteria Pipeline as a location to fight over for dominance. Includes:

The city of Kovlova is ruled by Nickolai Kovalevski, and through propaganda and complete media control he has ensured that his people idolize him. However, behind the benevolent façade, Nikolai is hungry for power and domination.

The Voda river runs down from the Staghorn Mountains and then splits into dual tributaries, running beside the two massive cities of Kovlova in the east and New Haven in the west. New Haven is the largest city on Exosia and is a long time rival of Kovlova. Between the cities lies a vast, flat tundra of oil reserves; the land is so rich that pools of dark oil litter the bare surface, giving rise to its name - the Blacklands.

The Blacklands have long been under New Haven’s control but Nikolai needs the extra fuel supplies to power his dreams of expansion. Recently, an uprising has begun in New Haven and Victor Ivanov, the city's tyrannical leader, has had to divert much of his personal army to suppress it. The Authority is well armed and well trained, a formidable enemy. However, the rebels have managed to take control of the largest Oil Refinery in an attempt to starve Victor of fuel.

To avoid Victor simply diverting his oil reserves elsewhere, the Maslo Group rebels have approached Nikolai with a deal. Take control of the Arteria Pipeline in the Blacklands and once The Authority has fallen, New Haven will get a small share of the oil and Kovlova will take the majority. This alliance is the opportunity Nikolai has been waiting for.

Rallying the Kovlovan Army, generally referred to as The Iron Guard after his specialised troops, he marches for the Arteria Pipeline. With the rebels on his side, the balance of power between the two evenly matched armies might finally tip in Nikolai’s favour, and a new era of Kovlova’s supremacy could emerge!

This collection pairs with our Dieselpunk collection from January - see that here.

Dima is the sole survivor of a genetic research programme into enhancing the DNA of soldiers to create an elite warrior class, known as the Iron Wall Project. All other candidates either died or went mad. However, Dima was a huge success. He is larger and stronger than an ordinary man with a keen intelligence to match. This has seen him promoted to the head of the Kovlovan army, where he now leads his troops into battle with surprising strategy and brutal force.

One of those assets is our War Beast. Equipped with a minigun, the bears can plough through enemy lines in no time. After years of experimentation, Kovlovan scientists have finally perfected the incredible War Beast. Their genetic manipulation programme, known as the Iron Wall, has seen many failures but these have been far outweighed by the resounding successes, and Kovlova is now infamous for its unique creatures of war! 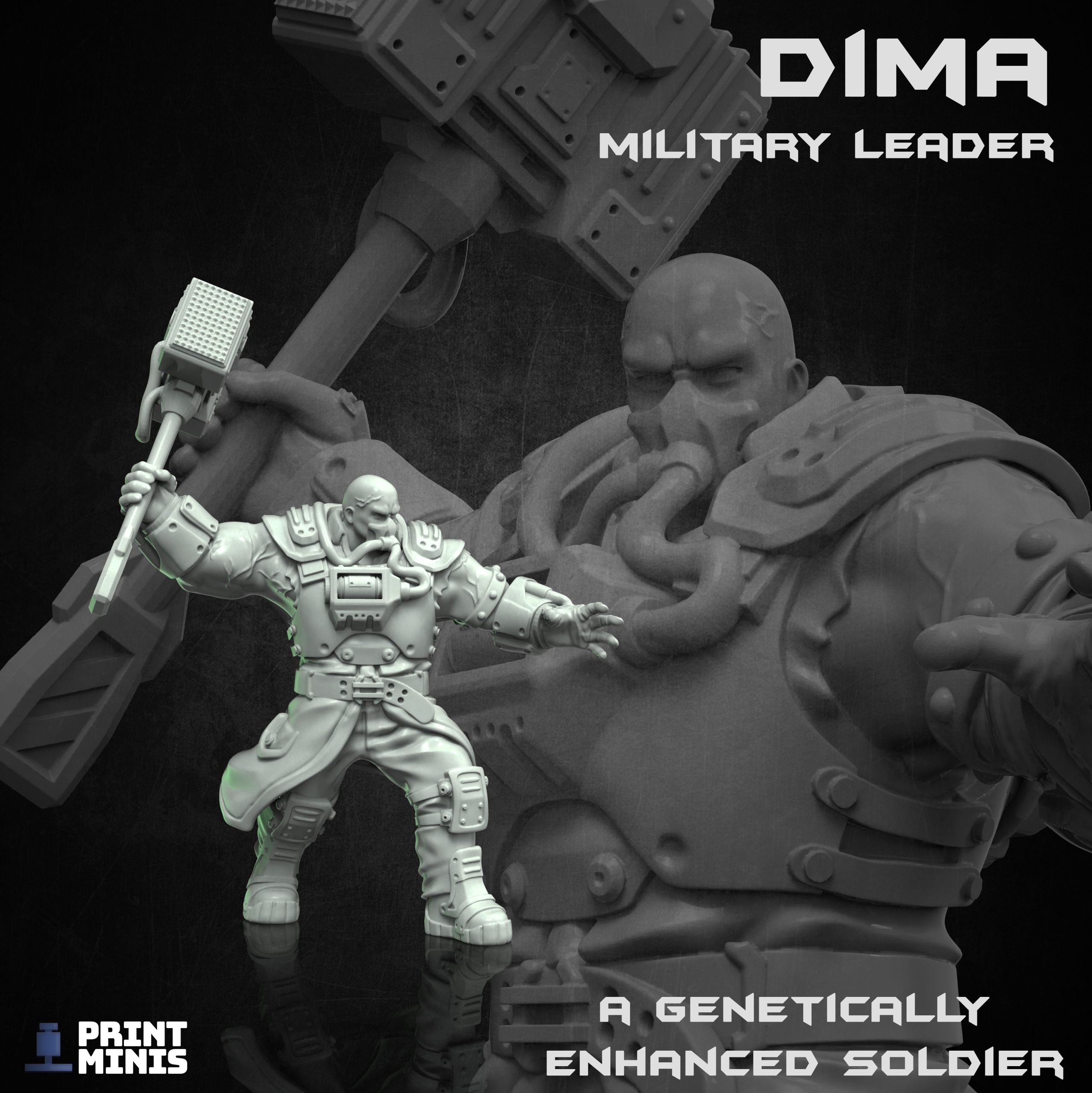 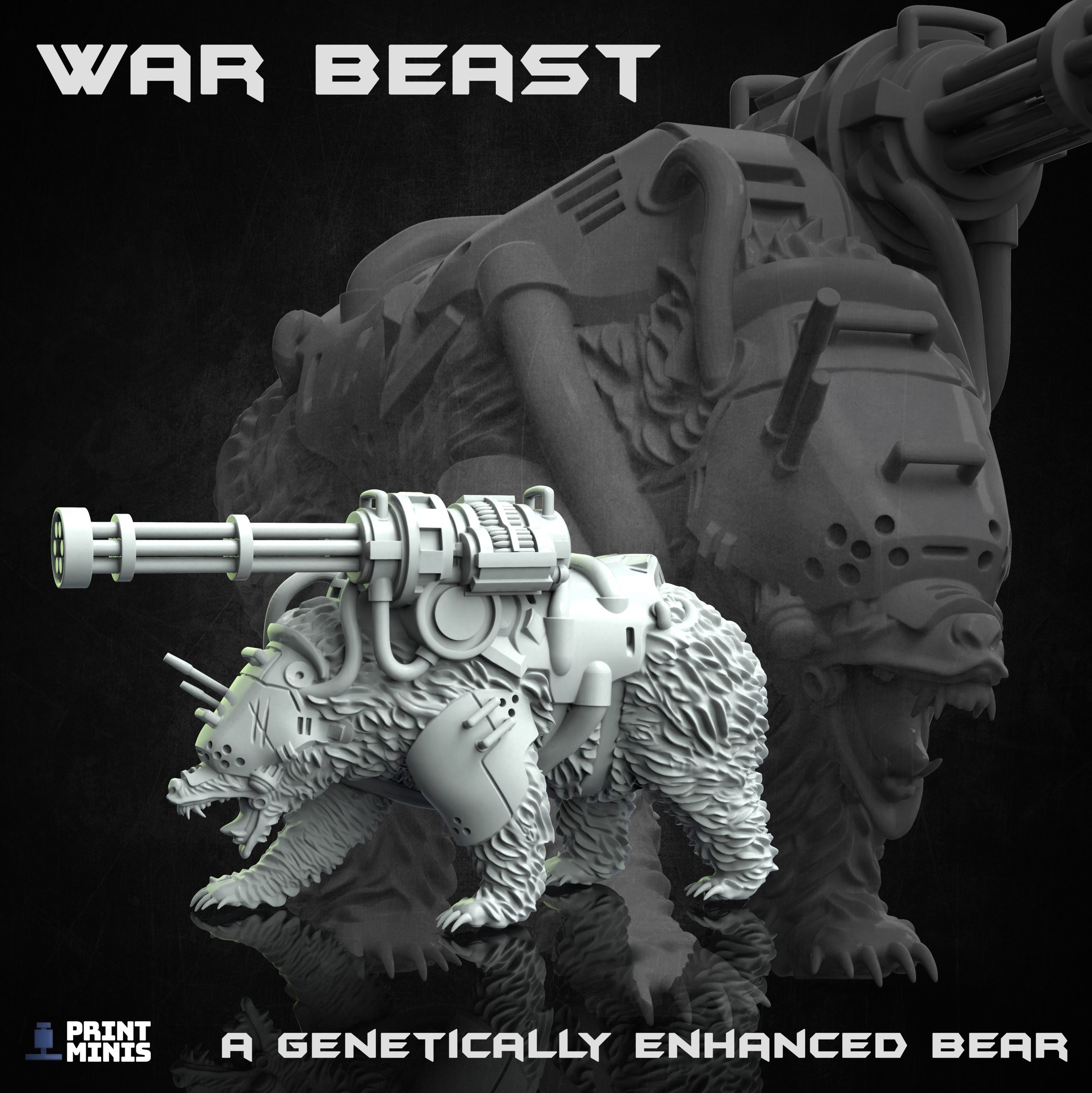 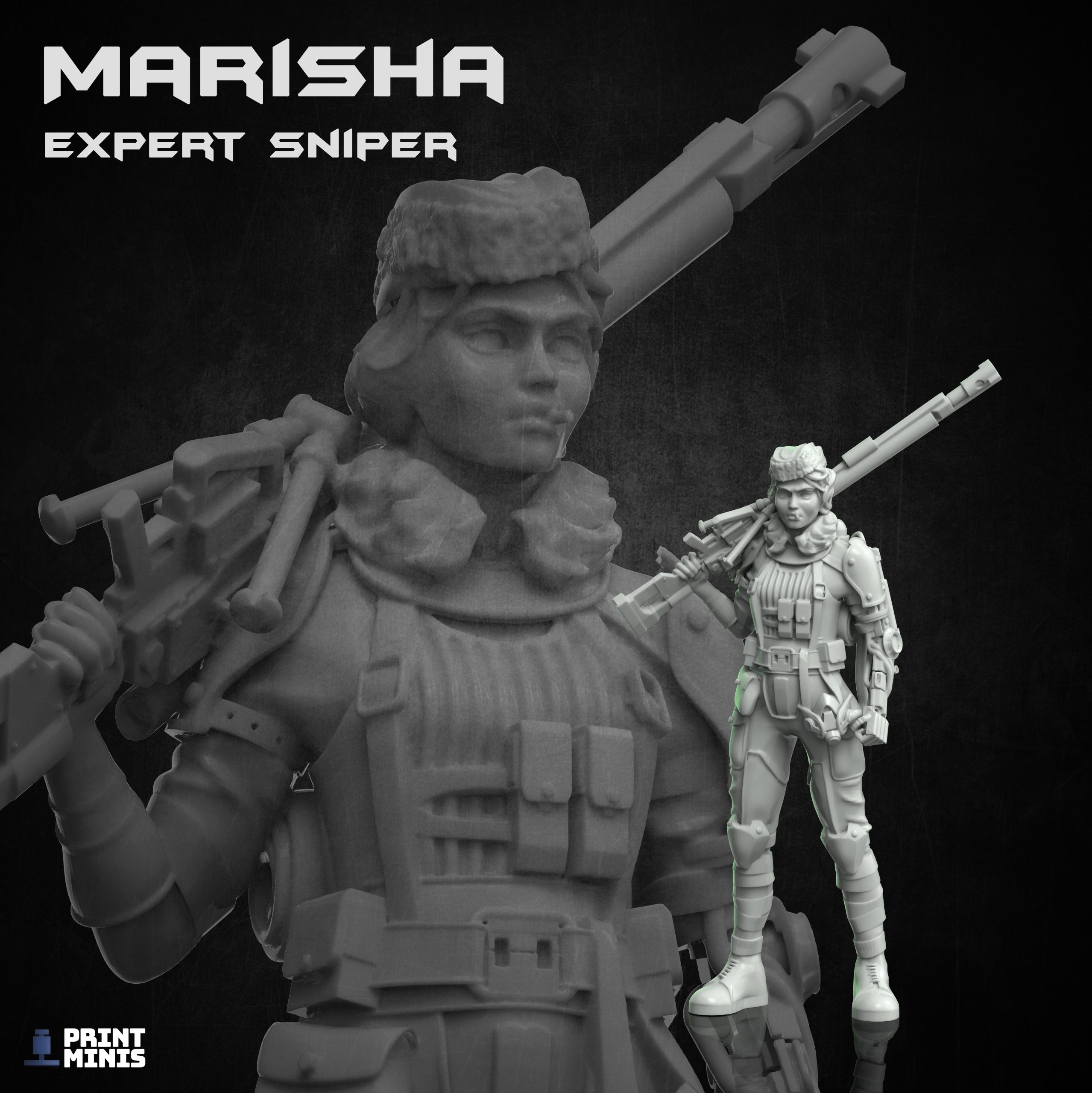 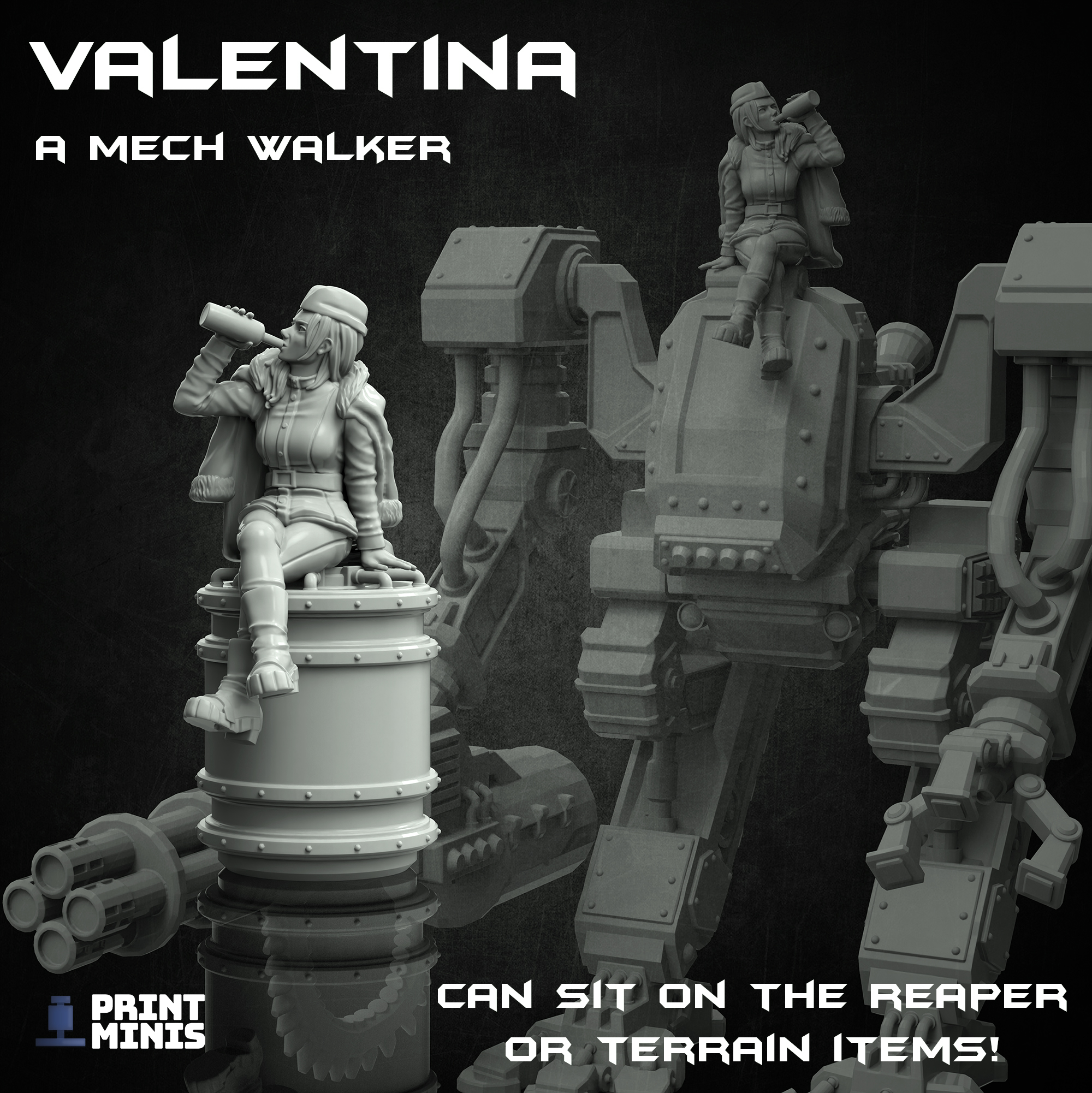 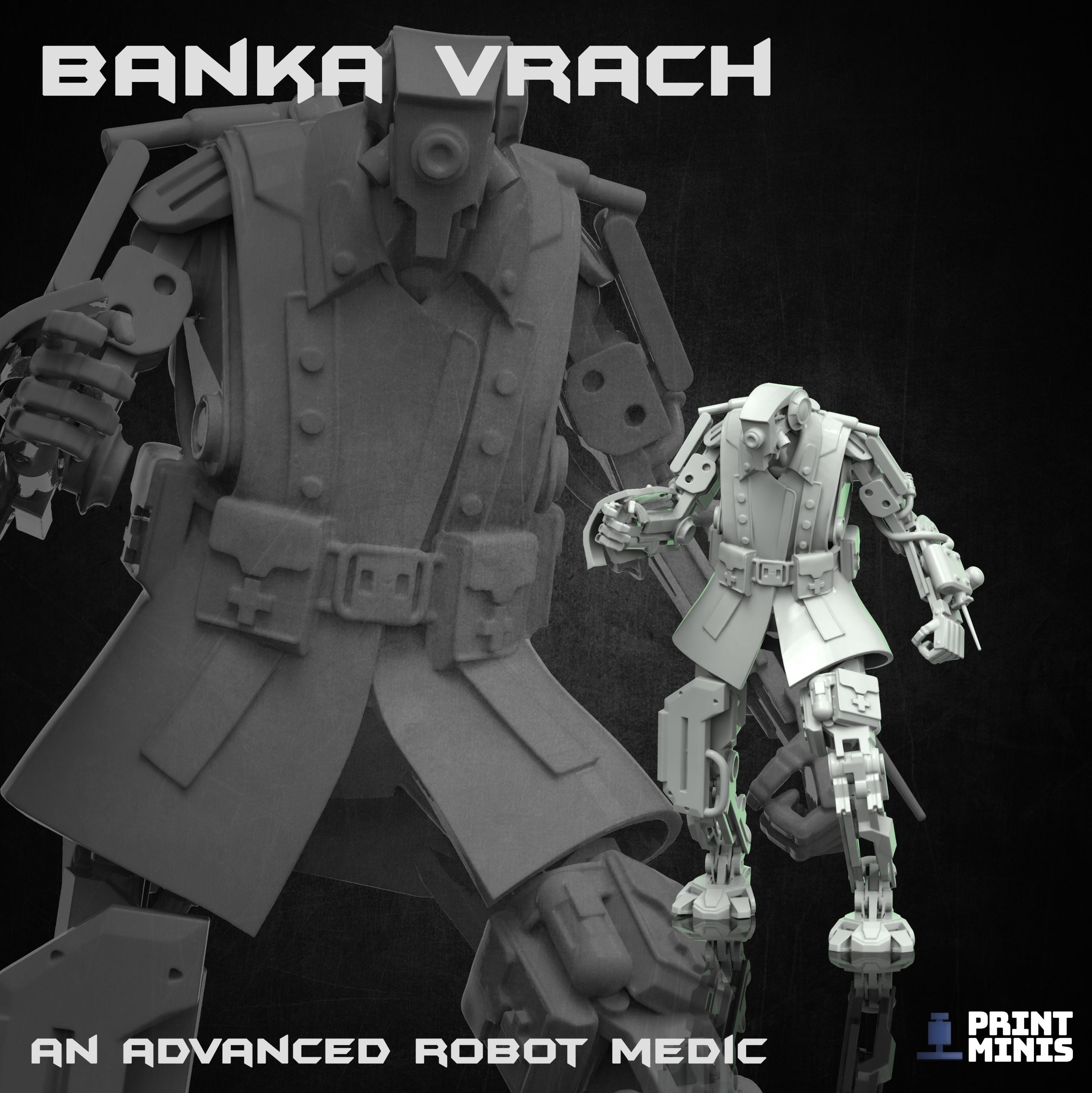 This Iron Guard Modular troops are an epic kitbashing set featuring 30 different modular pieces! There are 19 arm variations with three different guns (AK47, PKM and PPSh), a knife, and no weapon options. 3 different head options allow you to have two distinct characters, and then a masked option to create multiple troops. 2 torso options at a little diversity, and 6 different leg poses make your troop set very diverse. 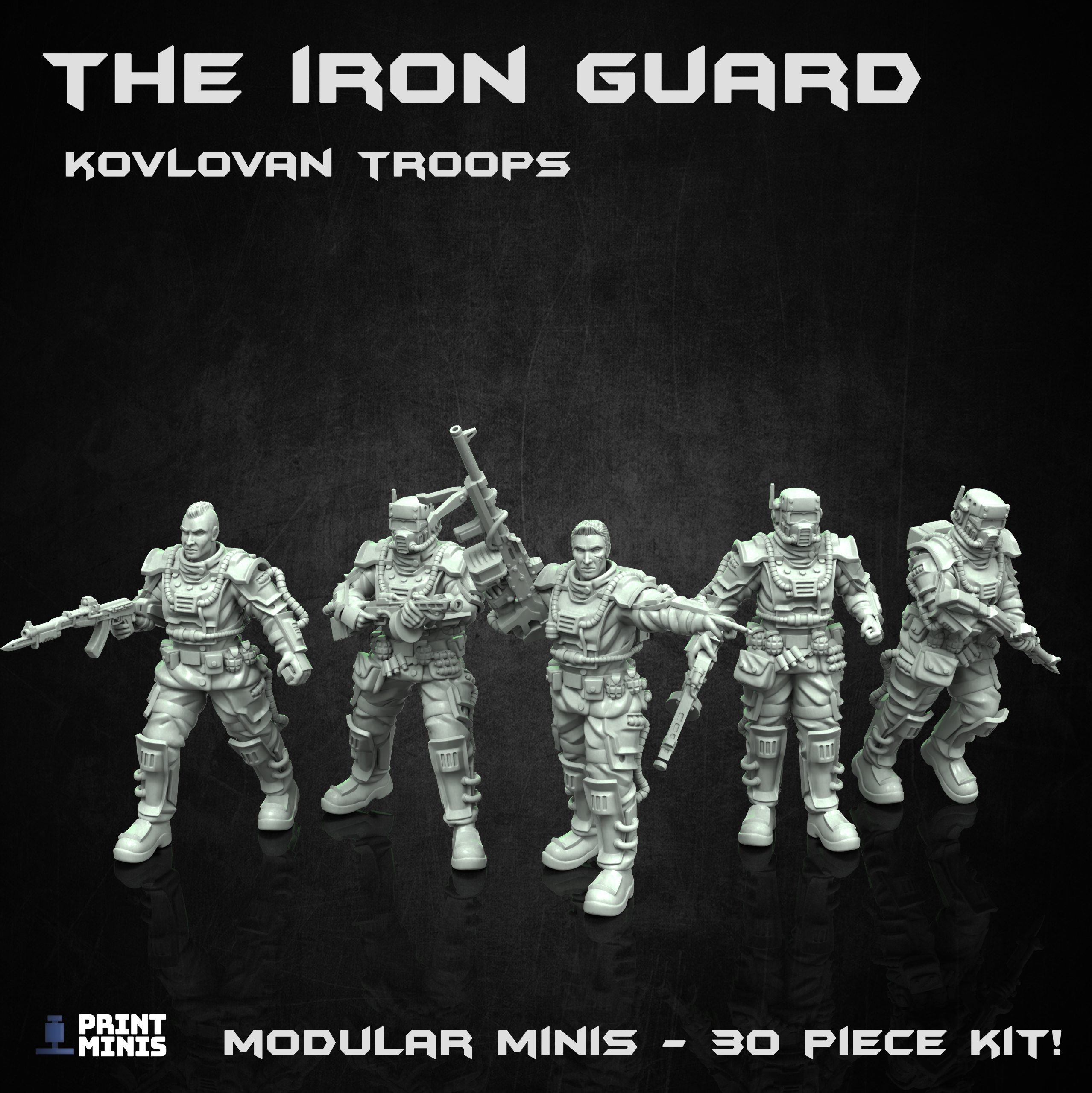 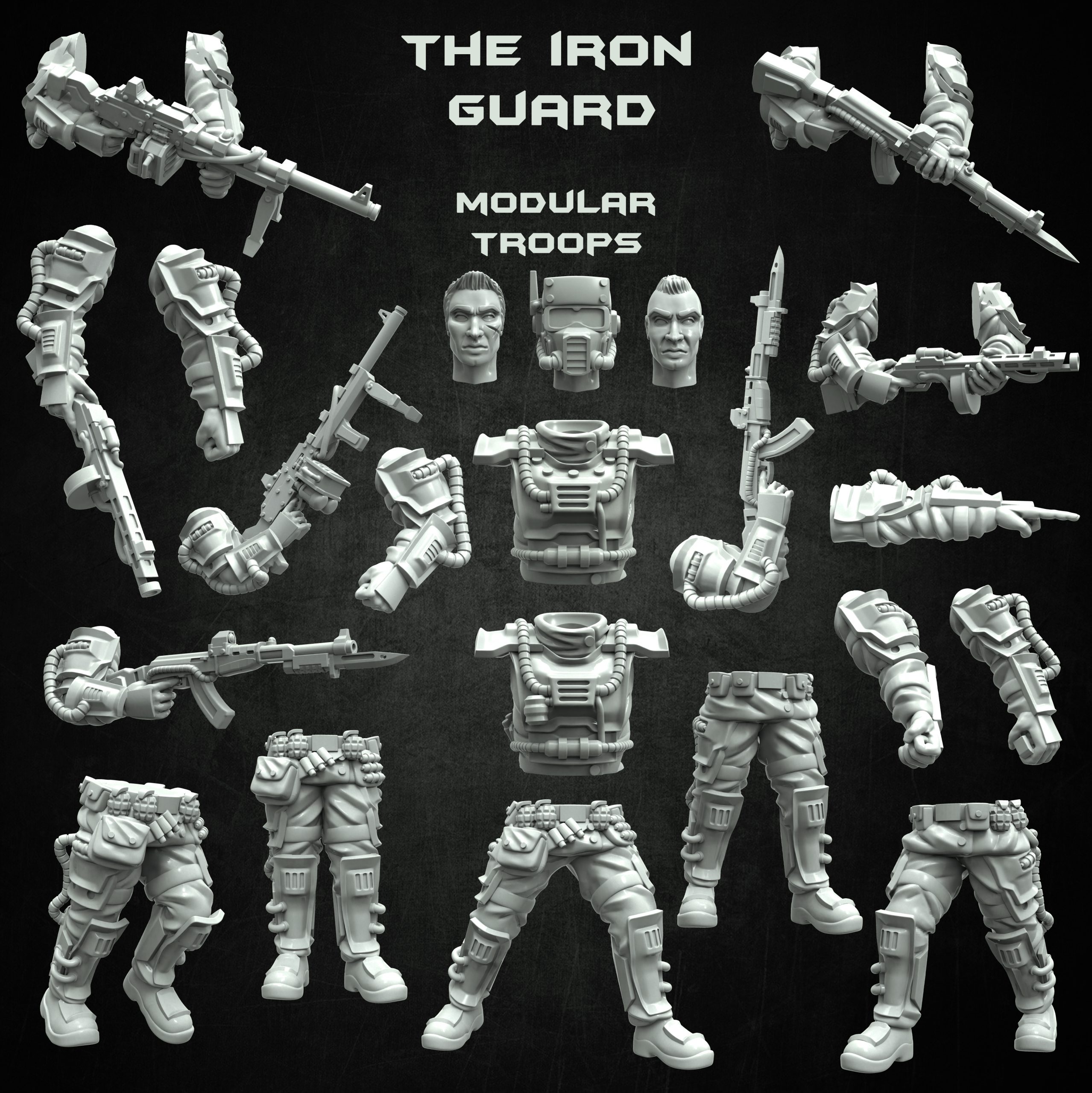 Two Dieselpunk tanks that you can create from the same kit! Simple to build and with inspiration taken from the KV2 and the T34 Russian tanks. A staple of the Kovlovan Armies warfare. 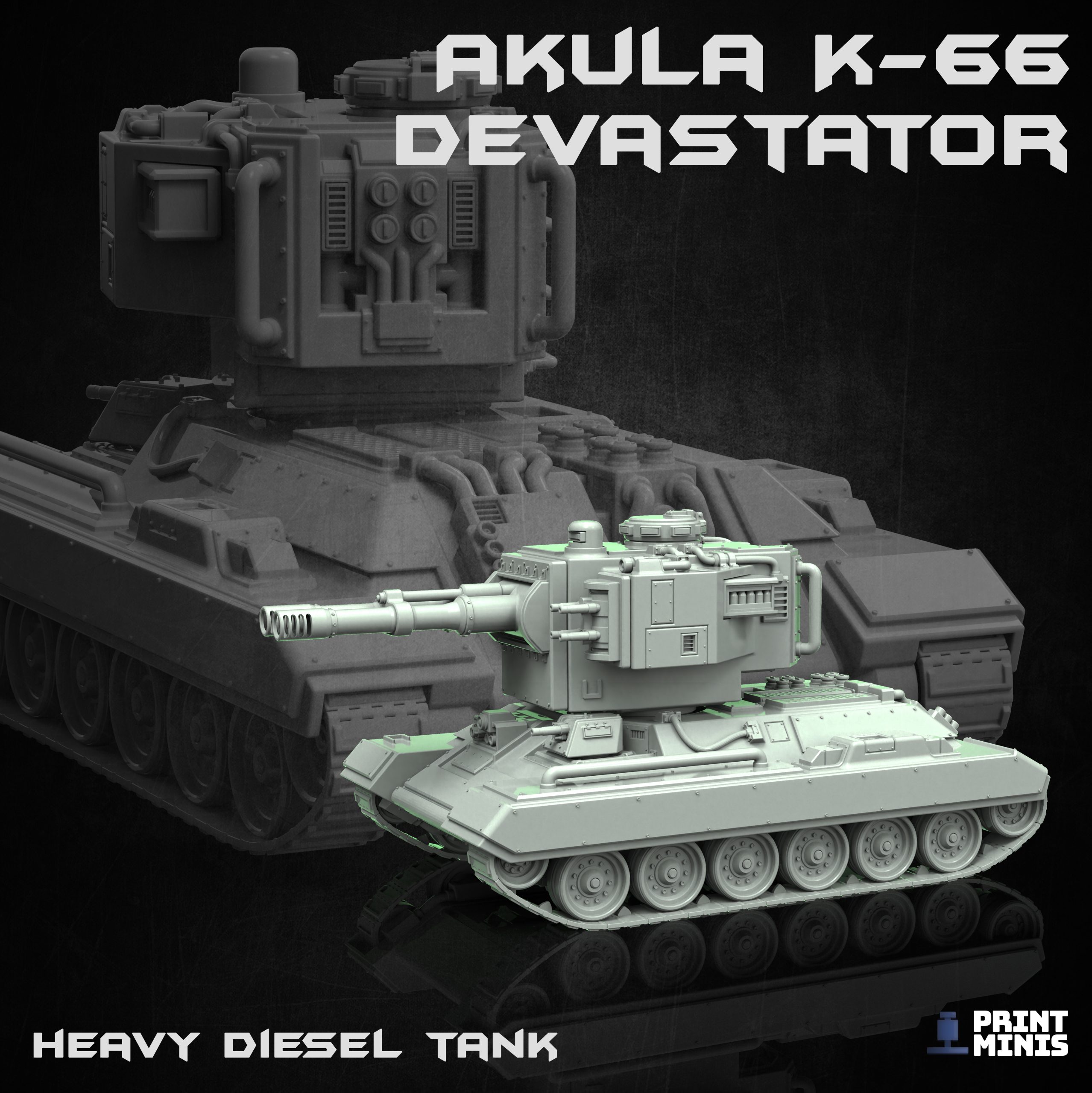 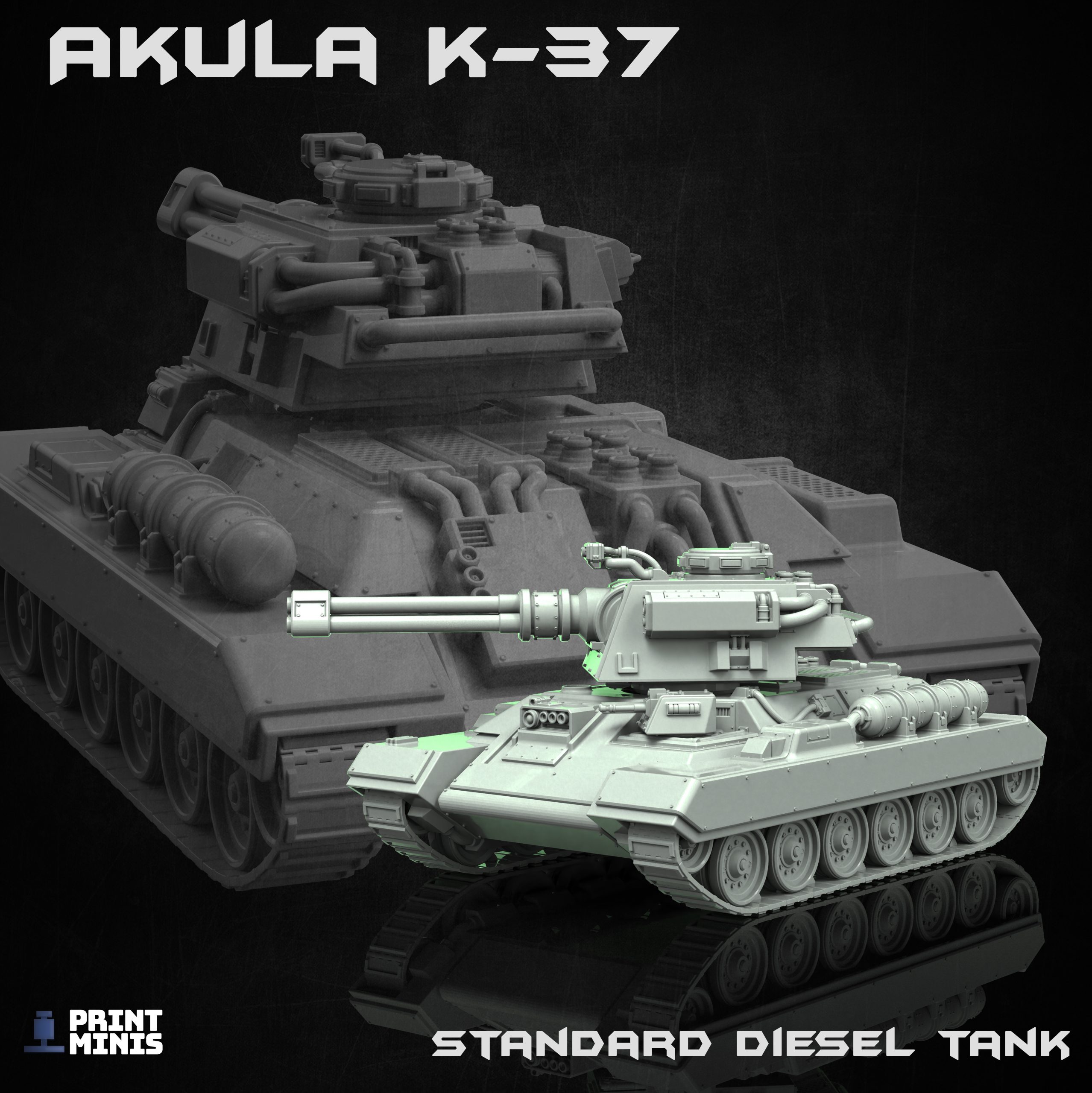 The Kirov Airship and The Reaper Mechs

Valentina is one of the few elite soldiers in the Kovlovan army who is trained to use these huge walkers. It takes years of hard work, long days and a natural affinity for the job to make it. The Reapers are a nightmare to behold on the battlefield, with a gun to rival many tank weapons and the dexterity that two legs can provide when manoeuvring over uneven terrain.

From being a young girl, Valentina had always wanted to be a mech walker. Parades through Kovlova's city square on Founders Day would show off the gargantuan robots and their human drivers, who were revered as national heroes. From that day on, she spent her whole childhood preparing for the role, even qualifying to attend the Reaper Preparatory School where she received an education and daily lessons to prepare physically and mental for piloting the mechs. She graduated with flying colours and is now in her fifth year rotation as a mech walker for the Kovlovan Army. One of her favourite pass times is to sit on The Reaper and drink a few sips of Vodka after a battle, celebrating the fact that they survived. 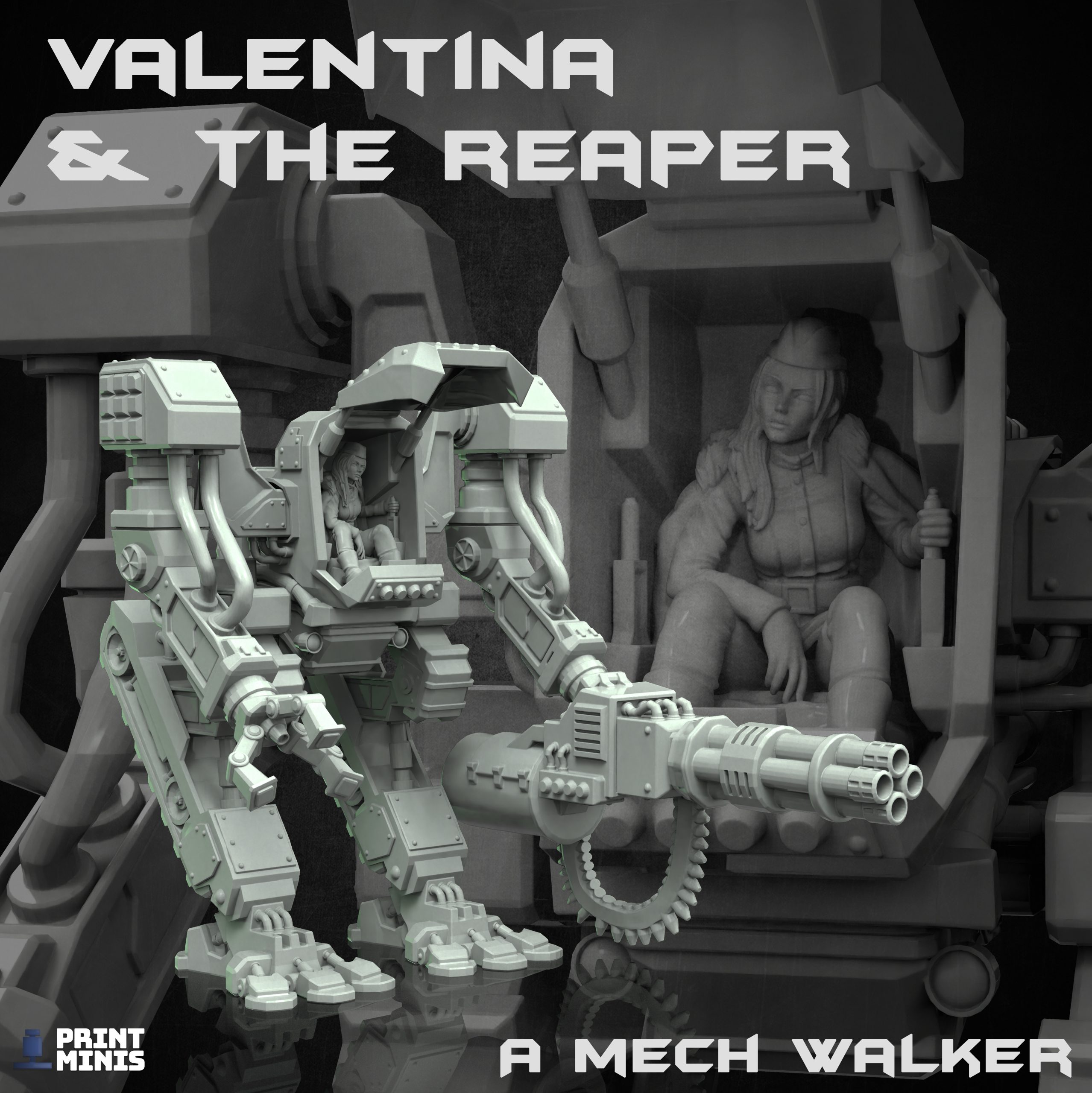 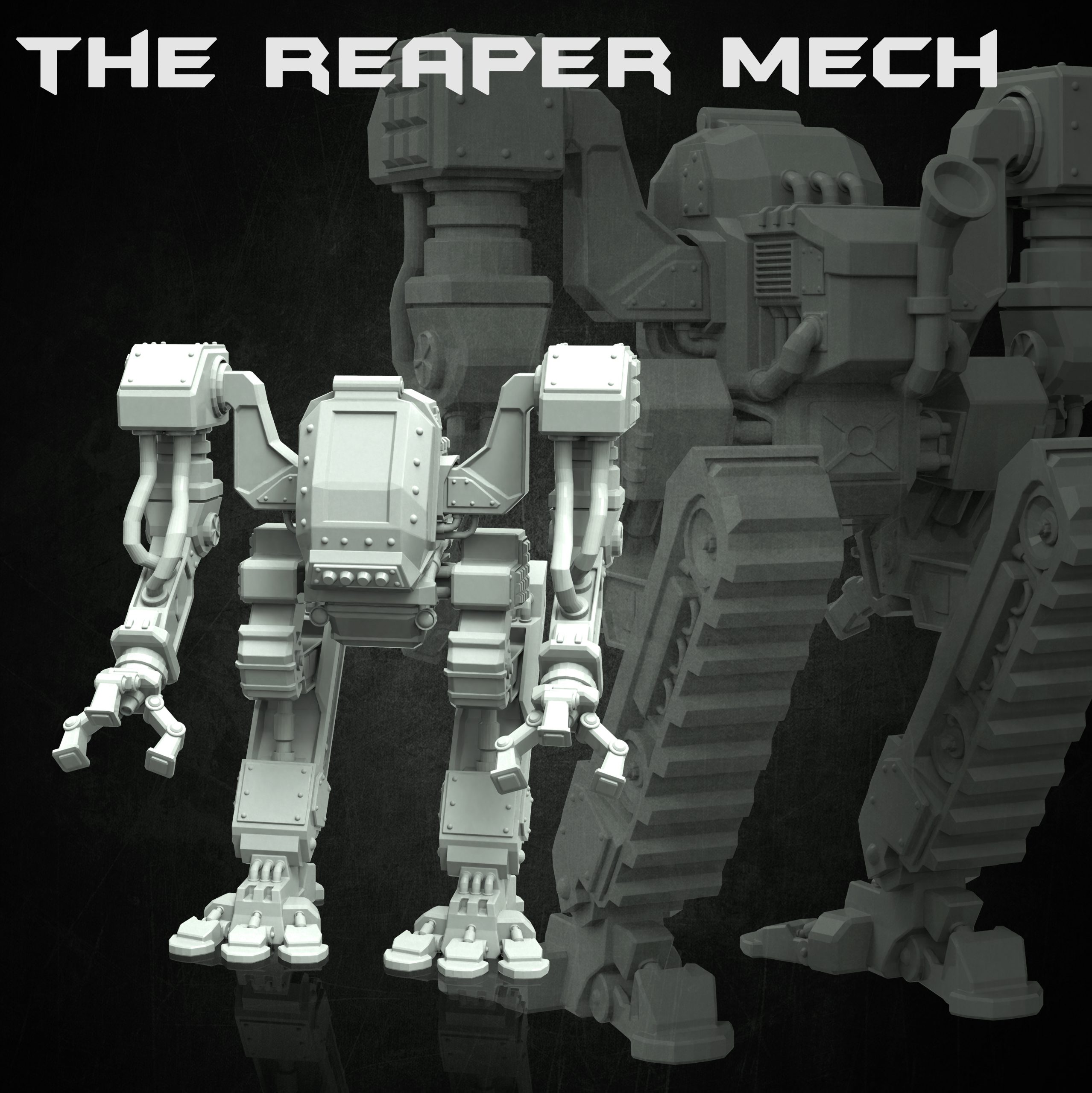 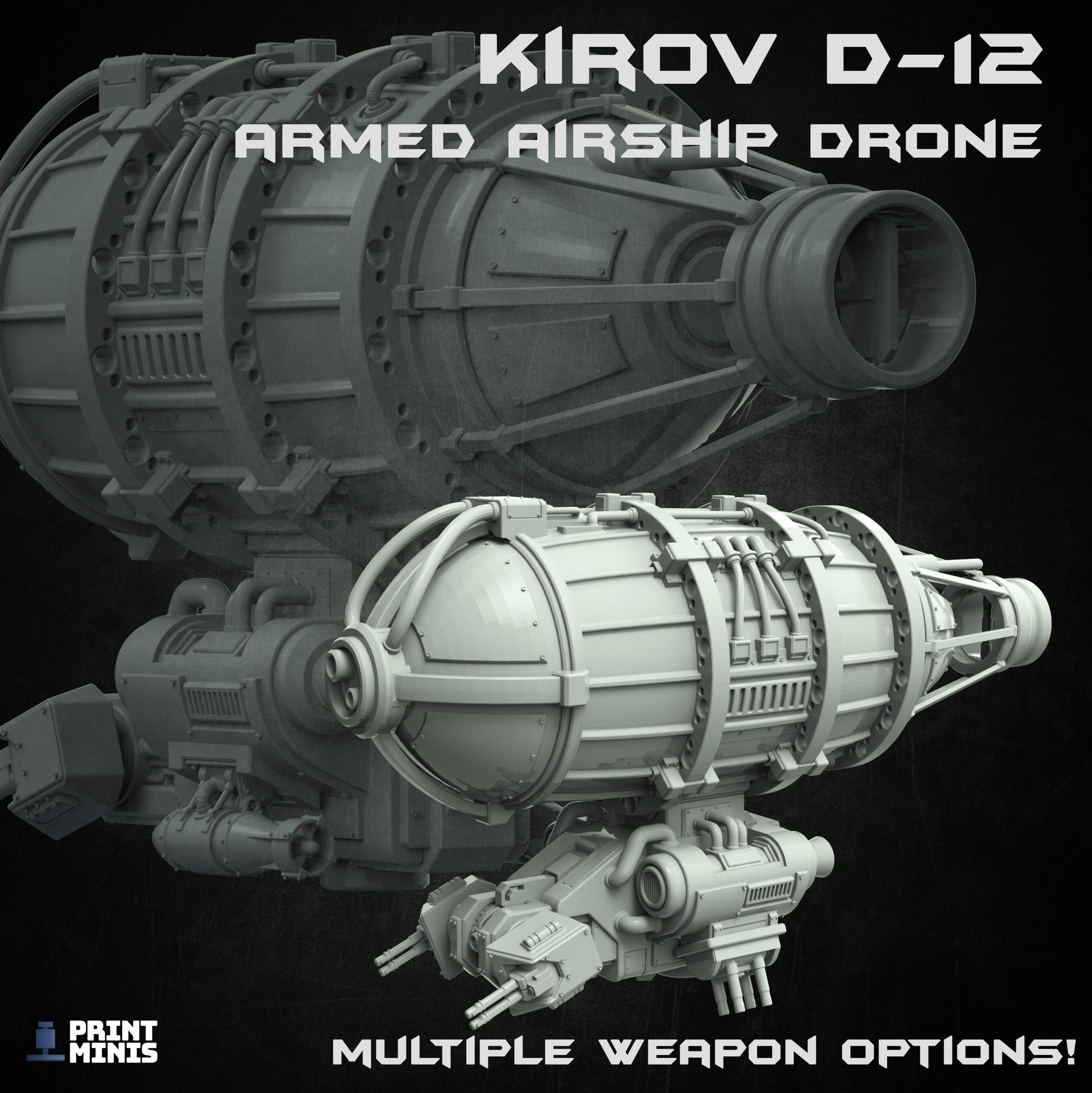 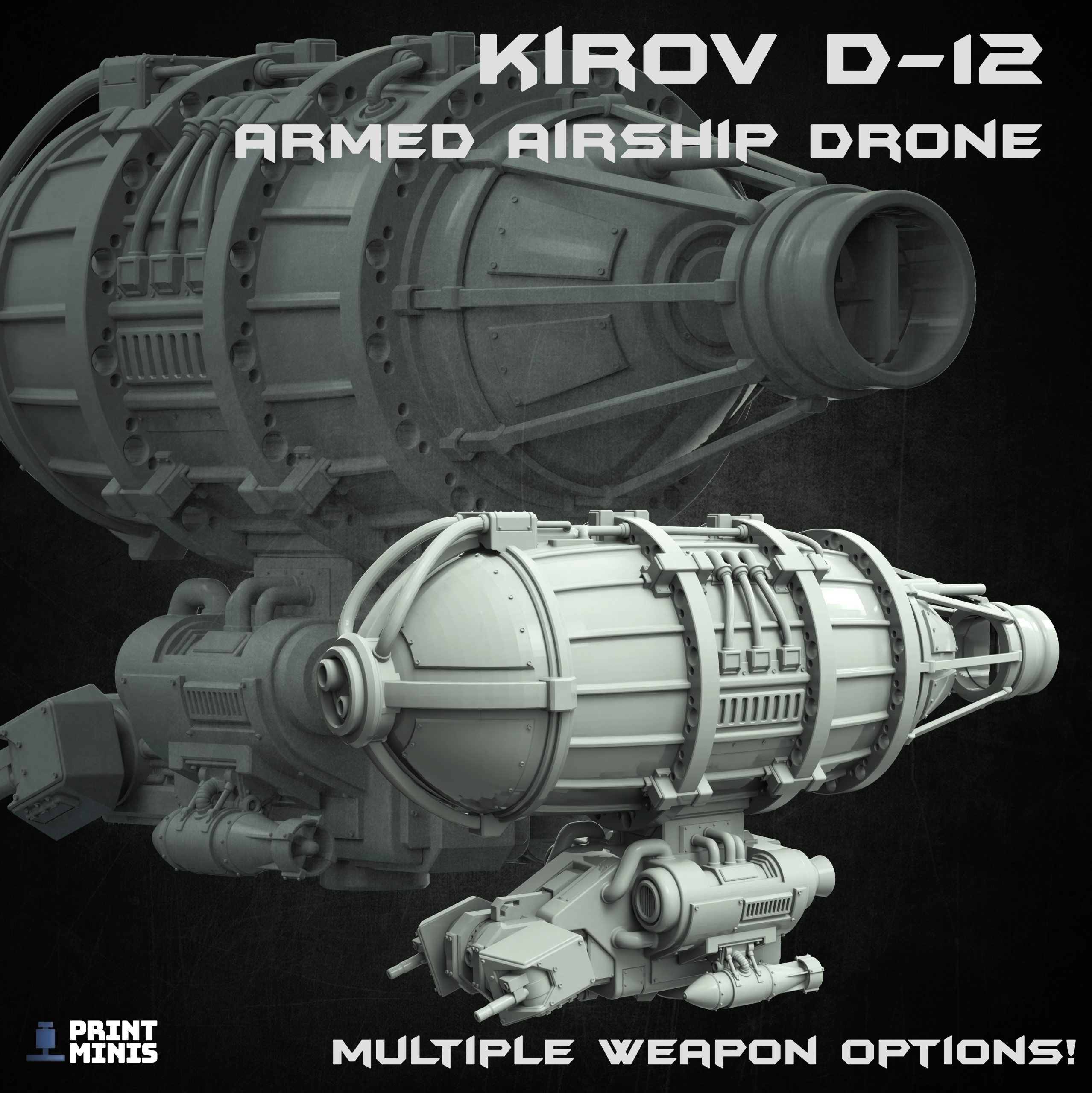 Buy these pre-supported stls on My Mini Factory now

The Kovlovan Army fights for control of the Blacklands and the Arteria Oil Pipeline at it's centre. These rich fuel reserves will fund their expansion of Kovlova's glory! The Pipeline is fully modular with different pipe pieces and a gantry to go above, giving rise to countless possible combinations on the tabletop. The scenic bases complete the look of a pipeline industry at the Arteria base and some scatter terrain & additional machines allow you to fill in the tabletop. 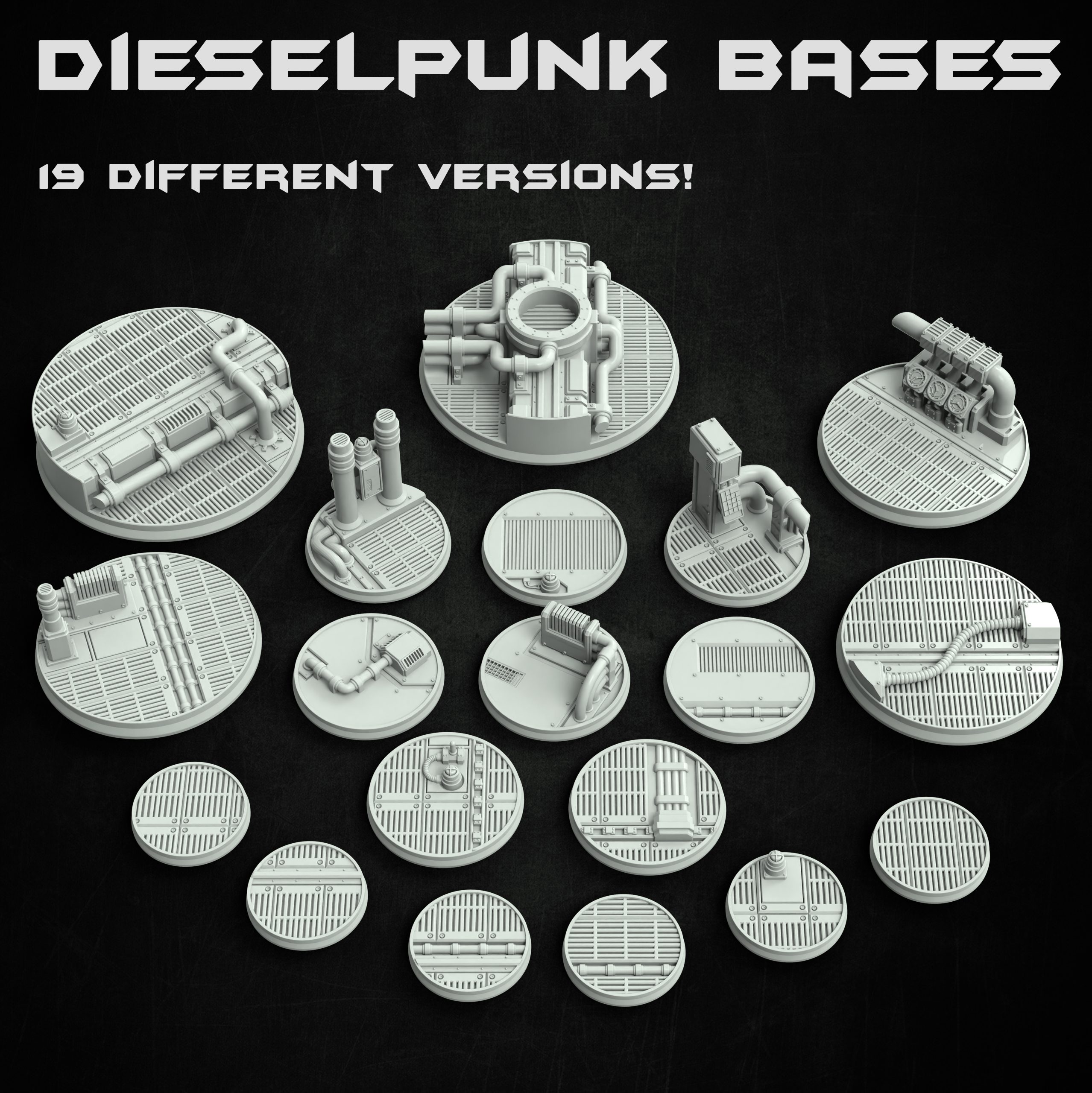 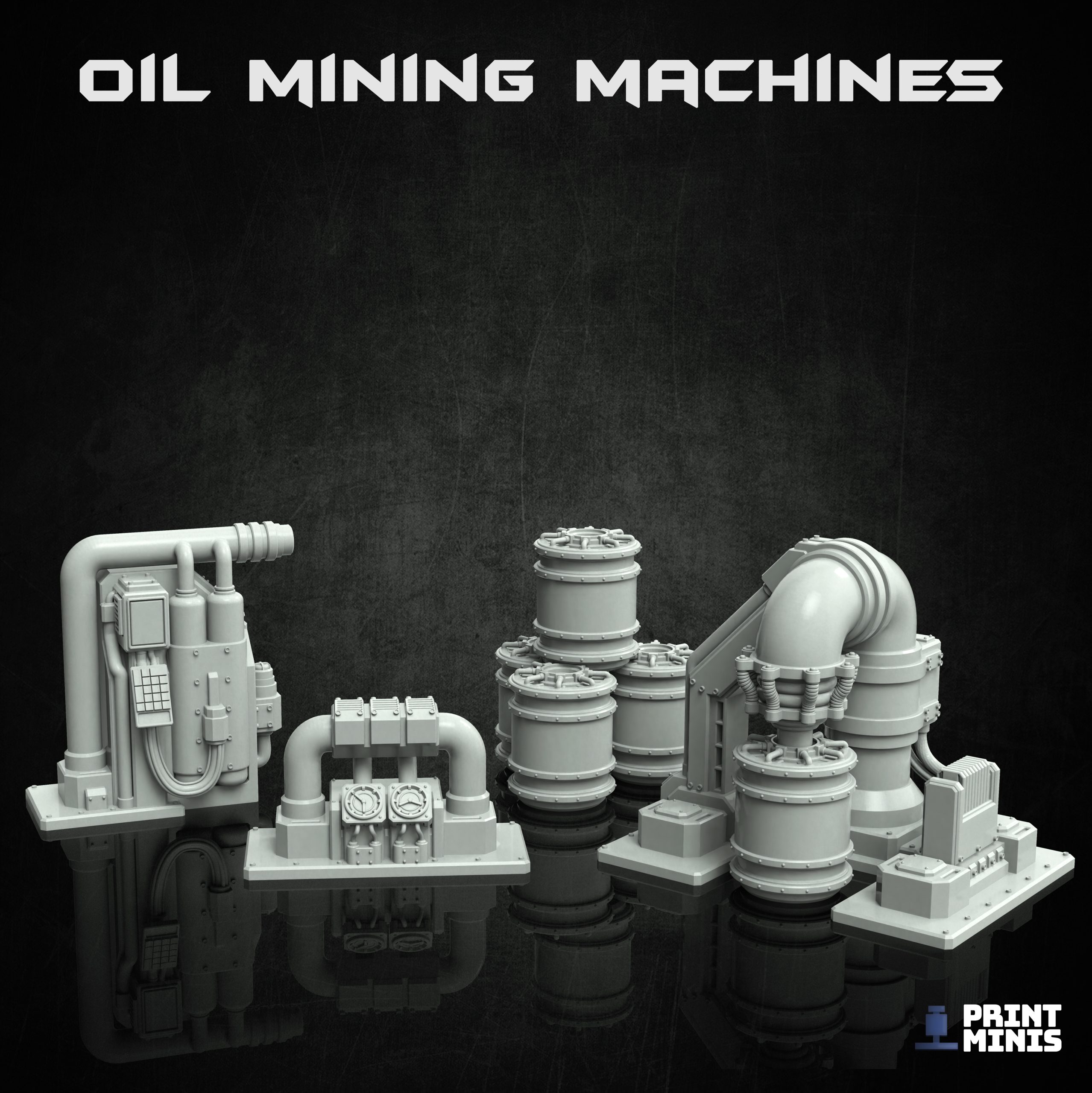 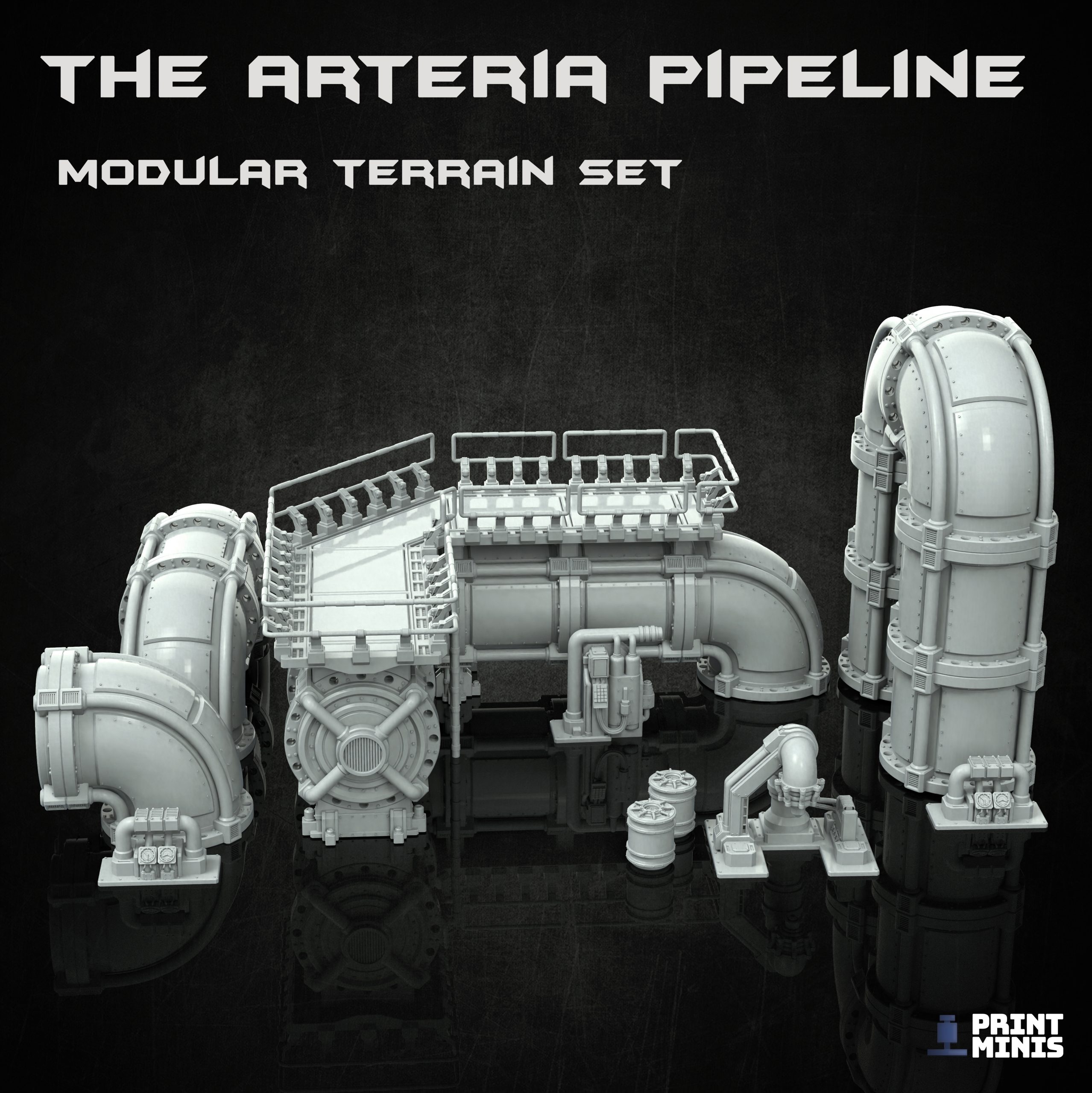